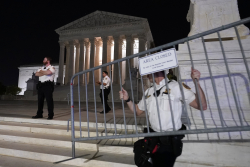 In March, we ran a piece by the reporter Aaron Sibarium called "The Takeover of America’s Legal System." The story made the case, backed up by exhaustive reporting, that just as education and the press and medicine were being transformed from within, so too, was the law. And those who comforted themselves with the notion that the law would be a bulwark against the new dogma were in for a rude awakening.

Stephen Moore to Newsmax: Another Stimulus Could Wreck the Economy

By Eric D. WilliamsFOX Sports NFL Writer GLENDALE, Ariz. — Victor Bolden Jr. is back at the bottom of the depth