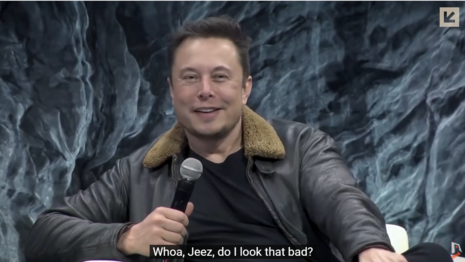 One of the ways the liberal media will throw mud at new Twitter owner Elon Musk is to accuse him of endangering people with his free speech. Beware the right-wing mobs!

Early on Wednesday, The Washington Post dropped this attack:

The targeting of employees by Musk’s massive Twitter megaphone is a major concern for workers.

A trio of reporters wrote this accusation: “Musk’s tweets have singular power to unleash mobs against people with much lower profiles — in 280 characters or less.” They located an expert to preach the potential harm in free speech:

Social media experts say a simplistic view of “free speech,” which essentially means few or no rules and restrictions, ignores that such a freewheeling environment could result in violent or harassing attacks that can actually shut down people from participating in the online conversation.

“When that energy is bearing down on you, it’s terrifying. It’s terrifying for you and your friends and family,” said Whitney Phillips, a professor of communications at Syracuse University. “The fact that it is so silencing and creates a chilling effect for others who are worried about speaking out. If you want to talk about dangers and challenges to free speech, that’s central.”

When Jeff Bezos bought the Post, he didn’t thrill conservative critics by suggesting anything the newspaper did was “incredibly inappropriate.” It was a friendly transaction between liberals. They are not fans of this hostile takeover!

If there is a headline, it should probably be: “Elon Musk Agrees With Twitter That Censoring the Hunter Biden Story Was Wrong.”

Soave asked “if criticizing someone on Twitter is equivalent to harassing them, has The Washington Post not committed the exact same crime?” Take Post reporter Elizabeth Dwoskin’s summary of their story:

NEW: Two days into Musk buying Twitter, he’s using his megaphone to help target Twitter employees, prompting a barrage of attacks (including racist ones) from his fans.
Twitter workers have repeatedly asked management for protection from this scenario. https://t.co/zfTXhKSeVn

Soave argued: “This is a very bizarre line of reasoning. Musk did not pen any racist attacks on Gadde; he echoed an accurate criticism of Twitter policies for which she is directly responsible. Obviously, he is not at fault for nastier comments that come her way.”

Moreover, he noted: “Not only is Musk absolutely correct that muzzling the Hunter Biden story was a bad decision: Twitter actually agrees that it was a bad decision. Former CEO Jack Dorsey has described that action as a ‘total mistake’ and repeatedly apologized for it. He clearly regrets working to suppress the story.”

Why Isn’t the Press Interested in Dem Oversight on Capitol Police After Riot?