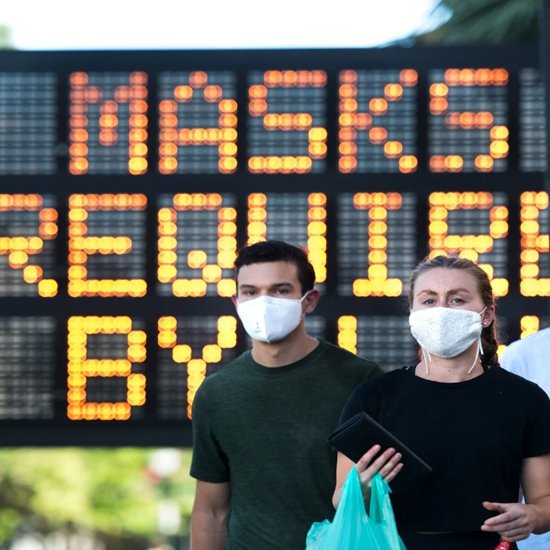 To say that the political class in several states has become completely devoid of reality where COVID is concerned would necessarily be the understatement of the millennium. With six states still clinging to the pseudo-science of mandating masks, one state is seeking to make masking permanent.

Hawaii, Illinois, Nevada, New Mexico, Oregon, and Washington all still require most people to wear face masks in indoor public places regardless of vaccination status. This, of course, stands in ignorance of best practice science for two reasons. First cloth masks do nothing to thwart the Coronavirus, and two the quarantine mentality of the maskers retards the establishment of herd immunity.

But one state is taking the lunacy even further, illustrating that the Leftist ruling class in the United States is both ignorant and drunk on power.

“Community stakeholders, including those from the hospitality and faith sectors, joined in the meeting,” local news reported. “People from the Seventh Day Adventists Church, the High Desert Museum, the Oregon Shakespeare Festival, and McMenamins were a part of the conversation.”

One of the more popular concerns during the meeting came from private business representatives who expressed concerns about people not wanting to comply with permanent mandates.

Dr. Paul Cieslak – the OHA’s medical director for communicable diseases and immunizations – said just because the rule would be deemed “permanent” doesn’t mean it will be enacted forever. “We can repeal it as well,” he said.

The potent mix of snowflake arrogance and ignorance is passed a dangerous level. It is at a level where it is actively diminishing freedom and the people of Oregon – as well as every Blue state and, in fact, the country – have only themselves to blame.

When we, as Americans, started to cede oversight of government – at every level – to the media and government “watchdogs,” simply because it was more enjoyable to do less important things, the process of reducing the levels of freedom and liberty became easier for totalitarians and Fascists.

It is a fact that even a kindergartener with a Playskool workbench set could understand. Cloth masks do tantamount to nothing to interrupt the COVID virus. The insidious Dr. Fauci openly admitted this early on in the so-called pandemic but changed his tune because it didn’t fit the narrative of election-year politics.

Add to that the statistics-based fact that Florida, which employed one of the most unintrusive COVID responses in the nation, now exists as the state reporting the lowest daily coronavirus cases per capita: 7 per 100,000. Meanwhile, the states run by the Woke snowflakes of the Left are seeing spikes in cases: Michigan reporting 78 per 100,000, Pennsylvania reporting 53 per 100,000, and New York reporting 40 per 100,000.

Where Oregon is concerned, the website OregonLive.com reported December 3rd, 2021 that the state has 1,046 cases with 42 deaths. This from one of the states with the most draconian mandates.

The larger point here is not that the omicron variant is less potent than the common cold or that COVID has been affecting people for decades (the “19” in the virus name means it is the 19th detected strain of the coronavirus), it is that we are ceding our freedom, our right to freedom, to a group of people who were elected not because they would govern well, but because they marketed their line of political propaganda the best.

I read an appropriate post on social media about our Rights as Americans:

“For those who do not understand the meaning of ‘Rights’, we need to make it clear once and for all:

“The 2nd Amendment does not apply to semi-auto rifles, nor does it apply to bolt action rifles, pistols, or revolvers. The 2nd Amendment restricts government. The technology of the firearm is irrelevant. The restrictions on government remain the same, regardless of the firearm. The Second Amendment was not written to grant permission for citizens to own and bear firearms. It forbids government interference in the right to keep and bear arms, period. ‘The right of the people to keep and bear Arms, shall not be infringed.’

“This also applies to the other ‘Rights’. They are not granted, they stipulate inherent rights that the government may not prohibit.”

Add to that the ideological Left’s penchant for deeming everything a “Right” (housing, healthcare, a job, equity in outcome, etc.) and we start to reveal the motive behind the disingenuous activism of the Left: The ability of government to define our Rights; total control.

The Declaration of Independence makes it clear that government is not the bestower of Rights, but is meant to be the guardian against any usurpation of those Rights:

“We hold these truths to be self-evident, that all men are created equal, that they are endowed by their Creator with certain unalienable Rights, that among these are Life, Liberty and the pursuit of Happiness. That to secure these rights, Governments are instituted among Men, deriving their just powers from the consent of the governed, That whenever any Form of Government becomes destructive of these ends, it is the Right of the People to alter or to abolish it, and to institute new Government, laying its foundation on such principles and organizing its powers in such form, as to them shall seem most likely to effect their Safety and Happiness…”

Our Rights, all of them, are natural-born. Government bestows nothing. To that end, they have very little authority to impose mandates or force us to do anything we choose not to short of infringing on someone else’s Rights.

Government, in the United States of America, is not all-powerful. It has a very well-defined set of parameters that forbid it from trampling on our Rights. But ever since the Wilson administration, those parameters have been grotesquely blurred because the American people were deceived into ceding their freedoms to “experts,” experts like Dr. Fauci. And those experts make the political class dance on the ends of their profiteering strings, both financial and authoritative.

Unless we all decide to throw off the chains of what has now become an oppressive political class on par with the world’s most opportunistic dictatorships, we will exist in a country where the government gets to define what your freedoms are and those will never be inalienable.

Then, the idea of freedom will be a fiction.