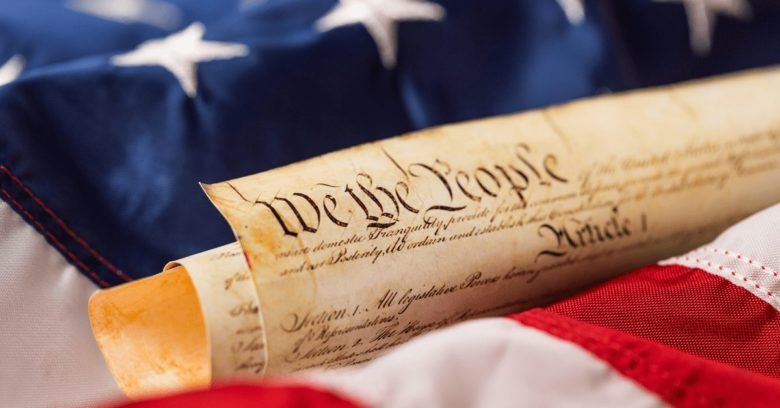 “I can tell you right now, I do not know whether we’re going to win or lose. The only thing that I can control is a little piece of real estate inside my own shoes, and I can tell you whatever happens that I will go down fighting and that I will die with my boots on,” said Robert F. Kennedy, Jr.

Kennedy’s remarks came at the end of a nearly 50-minute speech given last month. He described how America is currently in the midst of the second American Revolution, and indeed it is. Certainly, the jab mandates underway magnify it, but this war on the people has been ongoing since March of 2020 as the government has targeted practically every one of our liberties in the Bill of Rights. I might go a little further and say this war has gone on for over a century since the creation of the Federal Reserve and the passage of the income tax amendment, but that’s a different story altogether.

On Monday, Tucker Carlson interviewed Kennedy on his Fox News show. Kennedy noted that our liberties have been threatened by a dictatorial “doctor,” Anthony Fauci, who has not been able to keep his story straight throughout the last 20 months.

Kennedy said “we have to love our freedom more than we fear a germ, we have to,” and there are “worse things than death.” That’s emblematic of the philosophy of our nation’s founders who sacrificed themselves for freedom. As I wrote on Independence Day this year, the one thing all Americans need to remember is that the founding fathers were nearly all super-rich under British rule which they gave up because liberty for themselves, and future generations, was more important than wealth.

So, that brings us to our role in this Revolution, as individuals. We must decide for ourselves which side we’re on, the side for liberty or the side for tyranny. Make no mistake, this isn’t your traditional left-right debate. Kennedy is of course a member of one of the best-known Democrat families in America’s history. I have never voted for a Democrat for high-office in my life, but I’m on Kennedy’s team. Same goes for Naomi Wolf, a well-known feminist icon on the left, who was maybe the first major voices in opposing vax passports. I’m on her team.

The debate isn’t even about the safety or effectiveness of any of the mandates, including the shots. Of course, the evidence is certainly out there to suggest these jabs are dangerous. Check Steve Kirsch’s article on the “unassailable proof that the COVID vaccines are the most deadly vaccines in human history …. Just for the record … Just because the FDA, CDC and the Public Health Agency of Canada have found no issues with the vaccines, doesn’t mean they are safe.”

Still, that’s not the debate. I have always opposed vaccine mandates, at all levels. I’ve never really taken a deep dive into the safety and effectiveness of any vaccine, until the COVID-19 jabs were rushed into existence. I didn’t need to know that in a free society you cannot make people inject anything into their body that they do not want. Think about this, in 20 states it is outright illegal for you to consume raw milk by your own choice and it’s heavily regulated in nearly every other state, but now the government says you must inject an experimental drug.

What’s at stake? Let’s look at what’s happening in Austria, which may be right around the corner here. Police are now spot-checking citizens in public to check their vax papers. Those who have not been guinea pigs are literally being segregated from society. Austria’s Chancellor Alexander Schallenberg said: “You will not leave your apartment any more apart from for certain reasons. That is a massive reduction in contacts between the vaccinated and the unvaccinated.”

And let’s look at history. As Hannah Cox wrote for the Foundation for Economic Education, OSHA’s rules, which decries only having “one compliance officer for every 70,000 workers,” is pushing a snitch society straight out of Nazi Germany.

“So, you do the math,” Cox wrote. “The government has no way of actually catching the vast majority of companies should they flout this new mandate…that is unless employees decide to start reporting their own companies.”

Cox then quotes the U.S. Holocaust Memorial Museum: “Within Nazi Germany many individuals became active or semi-active participants in Nazi racial and antisemitic policies aimed first at the isolation, impoverishment, and forced emigration of German Jews during the 1930s, then during World War II (1939—1945), the annihilation of European Jewry.”

There is resistance building, one of the latest stories coming from Oklahoma. Matt Agorist, for the Free Thought Project, wrote: “While much of the resistance to the COVID-19 vaccination mandate has come in the form of individuals, that may be changing thanks to a General in Oklahoma. Army Brig. Gen. Thomas Mancino was introduced on Wednesday as Oklahoma’s new adjutant general and commander of the Oklahoma National Guard. And he’s quickly become a thorn in the side of team Forced Vax …. According to the general, no negative administrative or legal action will be taken against Guardsmen who refuse the COVID-19 vaccine. What’s more, the command will continue to process federal vaccine waivers in accordance with the Department of Defense policy so when troops have to deploy outside of the state, they will be in compliance with federal guidelines.”

John Kirby, a Pentagon spokesman, said that “we will respond to the governor (Kevin Stitt) appropriately.” Kind of an ominous statement, huh?

Barnett added: “To gain freedom only requires the desire and courage of the many to say no, and to say it loudly.”

The current troubles that America is having with expensive oil, gas, and soon, costly electric and natural gas sources of

Curbing Crime in NYC: Eric Adams Can Turn the Tide