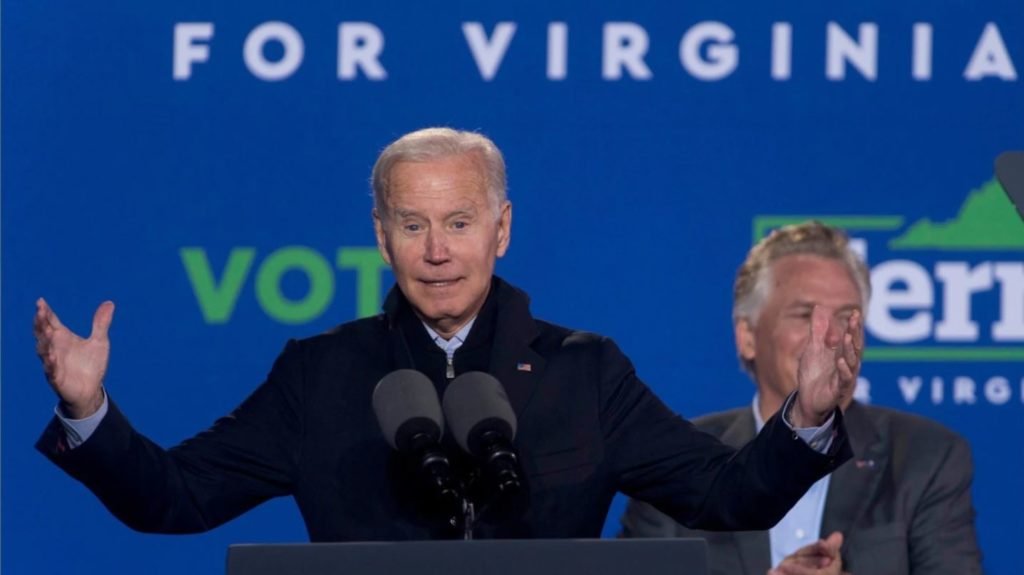 Looking at election 2021, all I can say is wow!  Virginia was a big deal, but conservatives made gains in state legislatures, city councils, and school boards across the country.  And these gains occurred even in blue states that Biden won by a landslide just one year ago.  How quickly have fortunes changed.  Biden remorse is for real.

But what lessons have the Dems taken away from their electoral drubbing?  The smart ones are soiling themselves.  The not so smart ones — that would be Bernie and the Squad — have analyzed the results and determined that they lost because they weren’t — wait for it — progressive enough.  Yup, they should never have tried to compromise with Republicans.  If they had just gone for everything they wanted, everything would have been fine.

Just like that, the Republican prospects for 2022 are looking pretty good.  The Dems have decided to ignore their 2021 losses and the “Let’s go Brandon” chants.  Instead, they’ve doubled down and gotten right back to work pushing their massive spending plans.  The American people have spoken, and the Democrats have responded by giving them the finger.  Twenty twenty-two is going to be bloodier for the Democrats than an Alec Baldwin dress rehearsal.  San Fran Nan and Little Chucky Schumer are looking at that flea-infested bed they’ve made, and the clock says it’s almost time to climb in and cuddle up for the night.

What it means politically is that Republicans will control at least part of the Legislative Branch, and Biden will continue to allegedly control the Executive Branch.  We Americans will be treated to at least two years of magical gridlock.  We’re going to get a couple of years of our politicians being too busy screwing with each other to bother screwing with us.

It’s probably a given that Republicans will retake the House of Representatives next year.  Speaker Antoinette has told Americans to eat cake about five too many times.  She almost lost the House in 2020, a year in which Biden allegedly got more votes than any candidate in U.S. history.  Now she’s doubled down, has unleashed the radicals, and wants to add another $5 trillion to our debt.  She’s done, and she knows it.

Though it will be harder, it’s possible that the Republicans could even pick up the Senate next year.  If they do, the Republicans will spend the next couple of years crafting legislation that will never pass.  No matter what they do legislatively, either Biden will veto it or the RINOs will sabotage it.  Unfortunately, we’ve still got the “New Maverick” — Senator Pierre Delecto — and a bunch of Vichy Republicans always ready to throw a monkey wrench in the precision machinery at the most inopportune time.  Those would be the same “conservatives” that just helped the Dems pass a $1.2-trillion infrastructure bill — which is short on infrastructure and long on lunatic leftist causes.  No worries — whether the Republicans win the Senate or not, we win.  Congress is never working for Americans more than when it’s not working at all.

But what’s the people’s house supposed to do if the Republicans don’t win the Senate?  There’s no point in writing legislation that will never pass.  What are lawmakers to do when they can’t lawmake?  It’s going to be really boring for a bunch of folks who don’t do boring very well.  I guess they’ll have to spend their time investigating.  They’re going to have subpoena power; they might as well have some fun with it.  They may even have time for two or three impeachments.  I think Biden has it in him to take Trump’s record.

As investigations go, talk about a target-rich environment.  The Dems have left more evidence lying around than an episode of CSI.  Just think of the possible questions.

Attorney General Garland: What was the predicate for targeting parents as domestic terrorists?  It’s a legal thing.  You may consult your lawyer if you don’t understand it.

Defense Secretary Austin: Who told you ferreting out racism and promoting transgenderism are more important than combat readiness?  Is your mission to win or just to ensure we get all of the pronouns right?

General Milley: What disciplinary steps have you taken against that general who left allies behind in Afghanistan to make room for a souvenir?  What weaponry did we give the Taliban, and what steps were taken to prevent the donation?  What military thinking led you to believe that evacuating soldiers before civilians was a good idea?  We can’t help but notice you have not resigned in protest.

Transportation secretary Buttigieg: How are your babies doing?  Did you enjoy your time off?  Have you and your “husband” found time for each other yet?  We’ve decided to restrict our questioning to things we thought you might know something about.

FBI director Wray: What was the FBI’s involvement in the Whitmer kidnapping attempt?  How may FBI informants attended the January 6 protest?  Did they falsify any evidence against protesters — as the FBI did against Carter Page?  Did the FBI withhold any exculpatory evidence from the protesters — as the FBI did in the General Flynn case?  We have a whistleblower who claims that the FBI picked its targets and then went looking for evidence.  Is that a normal method of investigation for the FBI?  It seems like a lazy way to solve crime — you know, create the crime first and then solve it.  What was your predicate for raiding the homes of Project Veritas reporters, searching for Ashley Biden’s diary?  We can have Bill Barr explain what a predicate is if you’d like.

It’s just my opinion, but I recommend that the Republicans leave Joe Biden alone — other than crushing his agenda, that is.  He is the lamest of lame ducks, but he does have an insurance plan.  That insurance plan is named Kackling Kamala Harris.  I say we just let old Joe keep mumbling, “Trump did this, Trump did that, and Trump did the other thing” — as if it somehow means something.  Besides, President Gremlin is the electoral dead weight that the Dems have strapped themselves to.  As Napoleon said, “If your enemy wants to go skinny dipping in the deep end with an anchor tied around his neck, let him.”  Or something like that.

Featured image is a screengrab from Sky News Australia.

This article was first published by American Thinker.

A bizarre and abrupt reversal by scientists regarding COVID’s origins, along with clear conflicts of interest, create serious doubts about