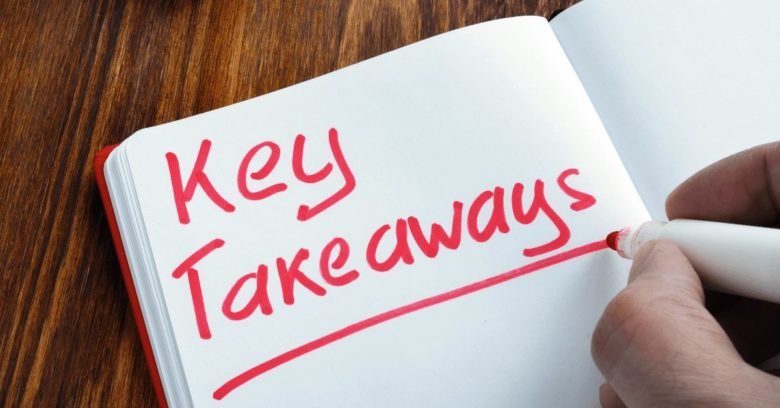 On Tuesday night, Republican businessman Glenn Youngkin was elected Governor of Virginia, defeating former Gov. Terry McAuliffe in a race that was once assumed to be a slam-dunk for Democrats. Republicans nationwide, many of whom, like Youngkin, were running in blue states and cities, overperformed expectations while Democrats largely crashed and burned.

For many, Tuesday night served as a potential glimpse at what next year’s midterm elections might look like — and if their results look anything like Tuesday’s, then Democrats are more than likely in serious, serious trouble.

These results are a product of a host different factors at play, with an equally large amount of information to unpack in their wake.

With that being said, here are a few key takeaways:

1) Republicans underestimated themselves: The most glaringly obvious thing to take away from Tuesday night is that Republicans, once again, outperformed expectations. Youngkin’s margin of victory was slightly greater than what polls projected, with him having garnered 50.9% of the vote to McAuliffe’s 48.4%, translating to an overall winning margin of 2.5%.

Most election analysts were already gearing up for a Youngkin upset, which evidently happened — but what they weren’t prepared for was the fact that Youngkin wasn’t the only Republican who was going to vastly overperform on Tuesday night. Virginia Republicans also won the lieutenant gubernatorial and attorney general races, and are slated to hold at least 50 seats in the House of Delegates.

In New Jersey, Governor Phil Murphy, whom polls suggested would win reelection by double digits, trailed Republican Jack Ciattarelli, a former assemblyman and a virtual no-name in state politics, for the majority of the night, and is projected to win the state’s gubernatorial race by a margin in the low single-digits.

As welcome as such a competitive race may be, New Jersey shouldn’t have been competitive at all — the fact that so little attention was paid to the race is a testament to this. Analysts were blindsided by what, for some time, appeared to be a potential upset win by Ciattarelli.

Meanwhile, in what may be the most humiliating crack defeat in recent political history, Steve Sweeney, the Democrat President of the New Jersey Senate, is currently on track to be unseated by Edward Durr, a truck driver who spent a total of $153 on his entire campaign.

Simply put, if Republicans nationwide return these same results by the same margins in 2022, we’re looking at an abject political bloodbath. The party’s gains in the House of Representatives would rival those made in 2010, and they’d likely reclaim an outright Senate majority as well.

In VA, GOP House of Delegates candidates outperformed the ’20 Biden/Trump margin in their districts by a median of 12.3 pts.

If that swing were superimposed nationally, Rs would pick up 51 House seats. That’s how awful the political environment is for Dems right now.

2) The future of the GOP isn’t dependent on Trump, and that’s okay: Youngkin was very careful in his invocation of Trump’s name over the course of the race — he never explicitly endorsed Trump, nor did he ever explicitly condemn him.

This was an extremely smart political play by Youngkin, whom I’ve referred to in the past as being the most milquetoast candidate Republicans could possibly run without alienating the Trump base.

It’s a smart play in large part because Trump, in many ways, is unpalatable — particularly among suburban voters and white women, who proved to be a huge chunk of Youngkin’s coalition. Republican candidates in the post-Trump era need to come to grips with the fact that they can’t make inroads in areas where turnout from the Trump coalition alone isn’t sufficient to win — at least, so long as they’re running purely Trumpian candidates.

Being able to maintain the Trump base and regain the suburban vote is a political balancing act, and quite simply, Youngkin managed to pull it off with relative ease.

This is important because it shows that the GOP is able to move forward without Trump on the ballot — or even in the picture. Trump was an extremely useful big-tent candidate, in that he expanded the Republican electorate by getting disenfranchised voters to tune into the news and turn out at the polls. Now, Republicans are tasked with mobilizing that new sect of their voter base — and, if Tuesday night was any indication, they’re likely going to be able to do so.

3) Americans’ honeymoon with progressivism is over (for now): Democratic primaries in 2018 and 2020 were defined by the emergence of outsider candidates, often open socialists, who won primaries on the back of hard-left policy platforms in deep-blue cities. In essence: the Squad’s perverse origin story.

These platforms largely entailed the dismantlement of core American institutions in favor of a racial essentialist’s utopia held together by a massive welfare state. Democrat voters bought it hook, line and sinker, and the media immediately sold the party’s insurgent progressive wing as its future. In 2019 Rolling Stone ran a cover touting the Squad as “the new voices of the House” who were “shaping America’s future.”

Now, it seems as if that progressives have already fallen out of favor not only among the American voter base writ large, but also among Democrats themselves.

What is perhaps the best example of this comes courtesy of the Buffalo, N.Y. mayoral election.

Byron Brown, a Democrat who has served as Buffalo’s mayor since 2006, was defeated by avowed socialist India Walton in the city’s June 22 primary. After her upset win in the primary, Walton captured endorsements from Sens. Bernie Sanders and Elizabeth Warren, “Squad” members Jamaal Bowman and Alexandria Ocasio-Cortez, and organizations like MoveOn, the Gravel Institute, and the Democratic Socialists of America — effectively, she had the entire progressive wing of her party behind her going into the general election …

… and, after all was said and done, got completely upended by Brown running a write-in campaign.

Brown, who was unable to make the Election Day ballot, currently leads Walton by a 59-41 margin with 92% of the vote tabulated, and has declared victory in the race.

4) Democrats, predictably, are already blaming one of their favorite boogeymen: As soon as it became clear that Youngkin was on track to win, leftist commentators immediately fell back on the idea that racism was a driving factor in his victory. This came in the form of their knee-jerk response of blaming Republicans for blowing up the supposed nonissue of critical race theory being taught in public schools.

Nicolle Wallace — who is probably the worst reporter on MSNBC not named Joy Reid — made the bogus claim that “critical race theory, which isn’t real, turned the suburbs 15 points to the Trump insurrection endorsed Republican.”

According to the left, CRT being taught in schools is effectively a phantasm invented by the right to weaponize white rage. At the same time, they insinuate that if you want to ban the teaching of CRT in public schools (which they insist doesn’t exist), it’s because you’re afraid of your children being taught “real” American history and being made to confront endemic racism in American life.

This is reflective of what Democrats seem to believe writ large. Youngkin didn’t win because voters take issue with Democrat-run school boards deliberately, openly politicizing their curricula, rather, he won because Virginians (who also voted for Biden by a 10% margin) are simply racists afraid of being told how racist they are.

An op-ed put out Wednesday by Charles Blow of The New York Times is representative of the patent idiocy of leftists’ double talk on CRT:

“Of course, there are structural, historical patterns that still hold true in states like Virginia, where voters tend to punish whichever party controls the White House. But what can’t be denied is the degree to which Youngkin successfully activated and unleashed white racial anxiety, positioning it in its most potent form: as the protection of the vulnerable, innocent and helpless. In this case, the white victims in supposed distress were children.

There are people who want to believe the fabrication because it justifies their fears about displacement, powerlessness and vulnerability.

In fact, the frenzy around critical race theory is just the latest in a long line of manufactured outrages meant to tap into this same fear, and the strategy has proved depressingly effective.

There was the fear of “race-mixing” among children — including the notion that Black boys might begin dating white girls following the desegregation ruling in Brown v. Board of Education.”

Literally every word of this is blatantly untrue. And voters are well aware of how untrue the notion that anyone who votes for politicians Charles Blow doesn’t like (read: non-Democrats) is perpetuating endemic American racism — after all, they’re the same voters who just elected a Black female lieutenant governor and a Latino attorney general. Of course, the diversity of one’s coalition is only relevant if they’re Democrats — if they’re Republicans, it’s irrelevant to the fact that the election of anyone not affiliated with the hard left is an act of apparent “whitelash.”

Democrats aren’t only defending this insanity — they’re doubling down on it and openly gaslighting you over it in the process. And the fact that voters have recognized the fact that they’re being gaslit over these things is a huge part of the reason that Democrats have found themselves in an electoral free fall.

So, by all means, Democrats, continue trying to drive these talking points home.