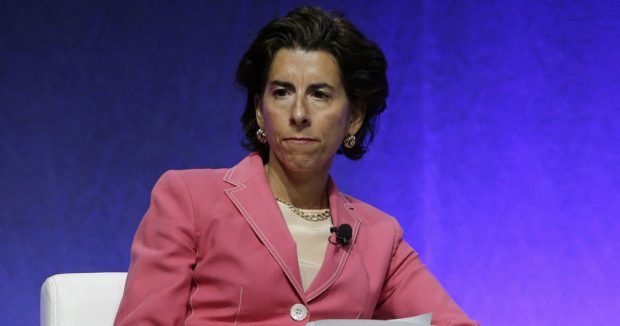 Secretary of Commerce Gina Raimondo requested the inclusion of a provision in the bipartisan infrastructure bill shielding a $42 billion broadband funding program from public scrutiny, according to several people familiar with the matter.

The Infrastructure Investment and Jobs Act, a $1.2 trillion piece of legislation that passed the Senate in August with significant bipartisan support and currently awaits a vote in the House, sets aside $42 billion in broadband deployment grants to be given to states and administered through guidelines issued by the National Telecommunications and Information Administration (NTIA), a division of the Commerce Department.

However, the bill also includes a provision exempting the broadband program from the Administrative Procedure Act (APA). The act, which has been interpreted to cover both the Freedom of Information Act (FOIA) and the Privacy Act, requires federal agencies to publish notices of proposed and final rulemaking in the Federal Register and make available documents and communications to public records requests.

The exemption was added to the infrastructure bill at the request of Commerce Secretary Gina Raimondo, two Senate aides familiar with the matter told the Daily Caller News Foundation. Congressional staff involved in drafting the bill may not have fully understood the potential consequences of the exemption, according to a person familiar with the negotiations.

Neither Raimondo’s office at the Commerce Department nor the NTIA responded to the DCNF’s multiple requests for comment as to why the exemption was included. However, Independent Maine Sen. Angus King said in remarks on the Senate floor during negotiations over the bill that subjecting the bill to the APA would be “burdensome” and “slow down the process.”

If enacted, the exemption would shield the Commerce Department’s program from public scrutiny and open the door for the NTIA to sue over public records requests, according to Kel McClanahan, executive director of public interest law firm National Security Counselors.

“It is not a stretch of the imagination that if someone files a public records request in a state using these broadband funds, the NTIA will at the very least lean on the state to not disclose information,” McClanahan told the DCNF.

McClanahan argued a similar case related to FirstNet, a public safety broadband network within the NTIA established in 2012 that was also exempt from the APA through a similar provision as that one included in the infrastructure bill. The court, in that case, held that FirstNet was exempt from FOIA requests.

McClanahan said the wording of the infrastructure bill’s APA provision was very similar to the provision shielding FirstNet from public scrutiny and was most likely an attempt by the Commerce Department to sneak through the exemption.

“They wanted to slip this thing by, and say ‘looks like we’re not subject to FOIA,’” McClanahan said.

Aaron Mackey, a senior staff attorney at the Electronic Frontier Foundation, told The Washington Examiner that the language of the bill would likely exempt much of the broadband program from public records requests and requirements to publish notices.

“The bill’s full exemption from FOIA and the Privacy Act is inexcusable, especially for the massive amounts of taxpayer dollars being spent,” Mackey said.

She Was 49 and the Lockdown Killed Her

To Dems, Supreme Court is Radical