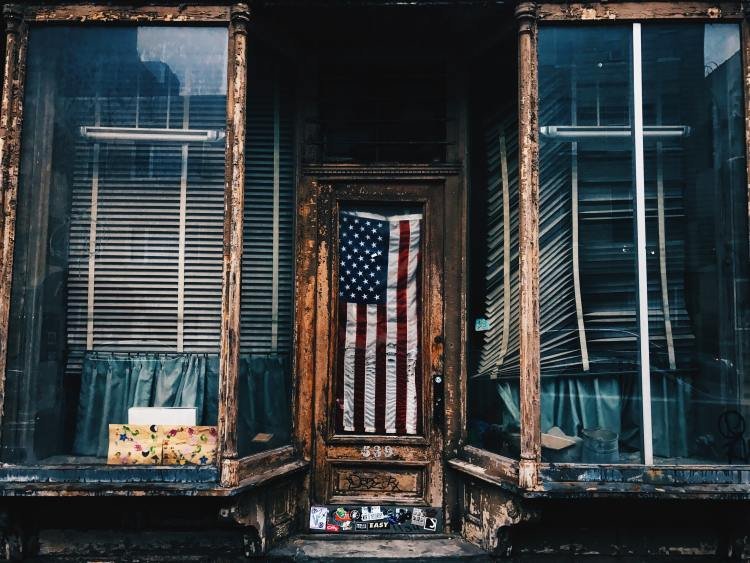 As the saying goes, the road to hell is paved with good intentions.  Over the past century, we’ve embarked on a number of noble initiatives to improve the world in which we live.  But in the true spirit of “never let a crisis (or opportunity) go to waste,” leftists have managed to subvert all these pursuits.  Posing as benevolent government “servants” they have graciously offered to guide us through the complex social and scientific issues associated with each objective.  We naively let them.  We’re just now beginning to see that the course they’ve charted does not lead to the destination we were promised.  It leads to a loss of self-governance — also known as tyranny.

In the 1940s our government decided to get into the disease control business by stamping out malaria.  That seemed innocent enough.  The CDC was created to accomplish it.  The NIH already existed but, apparently, one bureaucracy was not enough.  But it turns out, eliminating malaria (at least in America) wasn’t enough.  The NIH and the CDC have since expanded their missions (research for the former and disease prevention for the latter) to become two of the greatest threats to civil liberties in existence.  They are calling for the suspension of our rights in the name of defeating a virus — which the NIH admits to having helped create in funding gain of function research.  Per their guidance, our rights to movement and assembly have been restricted.  Our property rights have been put on hold (e.g., the eviction moratorium).  It’s all being done in the name of the “public good.”  There is a term for letting the benefits of the many outweigh the rights of the individual — mob rule.

That’s a long way from the original mission to stamp out malaria.

In the 1920s the concept of a “living constitution” appeared.  A little freshening up as the times changed seemed like a good idea.  But unfortunately, they decided that the normal (and constitutional) means of evolution — the amendment process — was too hard.  In the 1960s, Supreme Court justices led by William O. Douglas began toying with creative interpretations of the Constitution and granted themselves the authority to find things in the document that aren’t actually written in it.  Since then, they have declared:

And this was all done without the consent of the governed.  The court is no longer evolving the Constitution for societal needs, it is imposing its vision on society.

Stamping out racism was the noble goal of the 1960s civil rights movement.  There was a time in America when “systemic racism” really was a problem — even to the point of separate facilities for whites and blacks in some states.  We set about to change it.  But the ideology of Martin Luther King was subverted by the diversity industry.  Rather than ensuring that all minorities are afforded equal protections, now the Left is fomenting hatred with CRT and the 1619 Project.  Children are being taught that they’re guilty of 200-year-old sins because of some genetic similarity to long-dead oppressors.  Fighting hatred has morphed into promoting hatred against those benefiting from so-called “white privilege.”  The movement set out to achieve a color-blind society.  Instead, now the Left is evaluating everything on the basis of race.  The civil rights movement is even advocating for separate facilities for whites and blacks again.  Sixty years of work and we’re almost back to where we started.

The 1970s brought us the initiative to ensure clean air and water for everyone.  A grand objective was set to clean it all up, and we created a bureaucratic monster — the EPA — to do it.  The EPA did clean up the air and water but didn’t stop there.  It has continued to generate regulations that undermine property rights and place a drag on economic development ever since.  The EPA has even decided to branch out into controlling the weather — nothing overly ambitious there.  Now it wants to regulate greenhouse gases.  Of course, the most prominent greenhouse gas is carbon dioxide — the very gas which we exhale.  Soon they’ll be asking for an environmental impact statement whenever a couple wishes to add a new member to the family.

The 1970s saw the appearance of second-wave feminism, the so-called women’s rights movement.  Unfortunately, to advance women’s rights, feminism found common cause with leftism and the abortion industry.  The feminists ignore the inconvenient fact that Planned Parenthood originated with the eugenics movement — an organized effort to purify the human race by culling minorities from the herd.  “My body my choice” has become a centerpiece of feminism.  Abortion is no longer safe, available, and rare.  It’s safe, available, and revered as a badge of honor.  Feminism tacked further and further to the left, and now we have biological men competing in women’s sports.  Somehow, feminism has managed to make women’s rights secondary to those of men again.

Issues of LGBT rights became a thing following the Stonewall riot in 1969.  Over the course of fifty years, the acceptance of those with different lifestyles has grown.

Justice Anthony Kennedy legitimized the movement by finding a right to dignity in the Constitution. It was viewed as an expedient way to grant constitutional legitimacy to the movement.  But look where it has led.  We now have naked men bathing with six-year-old girls in health clubs.  Boys in dresses are raping girls in the restrooms of their schools — a place where every child should feel safe.  There is even an epidemic of pregnancies in women’s prisons.  It seems that if a sexual predator with a penis claims to identify as a female, he/she/xe may now be sent to a female prison in many states.

What do all of these initiatives (and many more) have in common?  They started with the best of intentions, were hijacked by leftists and bureaucrats, and then took on a life beyond their intended endpoint.  As they have grown beyond their original charter, they have done immeasurable damage to our culture, our economy, and our self-governance.

Americans are waking up to the true destination of the Left.  We’re becoming alarmed at where we’re headed.  For the left, our noble initiatives were never about solving problems.  They were a means to impose more control over the citizenry.  We entrusted them with power and they abused it in an attempt to replace the America as founded with a mythical socialist utopia.  Luckily, the last few years have exposed what the left is up to, and we still have a say in how we’re governed.  The silent majority is getting mad and will not be silent anymore.  2022 can’t get here soon enough.  Let’s go Brandon.

This article was first published by American Thinker.

Kamala Harris Tells Guatemalans Not To Come To The US