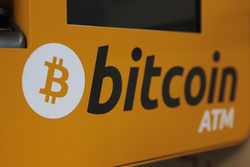 Recently the Chinese government declared cryptocurrency illegal. In Washington, policymakers have questioned its legality and legitimacy.  Sen. Elizabeth Warren went so far as to call cryptocurrencies “a fourth-rate alternative to real currency.” As of this writing, the president is purportedly working on an executive order to crack down on crypto.

But why? To answer, it’s best to begin with a question. How many dollars do you have? Before you go digging through your pockets, let me save you the trouble.

The answer is zero.  You have no dollars.

The green slips of paper (actually, cotton and linen) commonly referred to as “dollars” are in reality Federal Reserve notes. A “note” is a type of negotiable instrument that carries the promise that its owner (the holder) will be able to redeem it for whatever the person that created it (the issuer) has pledged.

Federal Reserve notes are not dollars; they are a promise to pay their holder however many dollars are denoted on the bill.

At least this is how it was supposed to work when the Federal Reserve Act became law in 1913.  At that time, Congress created a central bank for the purpose of ensuring a stable money supply. Congress empowered it to issue promissory notes which could, by law, be “redeemed in gold on demand at the Treasury Department of the United States.”

There was nothing remarkable about this. Going back to the Coinage Act of 1792, the dollar was defined as a specific quantity of precious metal —originally silver, which in 1890 was changed exclusively to gold.

But in 1933 President Roosevelt issued an executive order requiring U.S. citizens to turn over “all gold coin, gold bullion and gold certificates” to the Federal Reserve and its member banks.  Shortly thereafter Congress passed legislation forbidding the Treasury from redeeming notes in gold.  Because private ownership of gold was now illegal, the link between gold and Federal Reserve notes was mostly theoretical.

Although the 1944 Bretton-Woods accord restored the ability of foreign governments to convert their notes into gold, President Nixon halted that practice in 1971.  Thus ended any connection between the dollar and the precious metal.

Currently, Federal Reserve notes can be redeemed for “lawful money.”  A different provision of federal law states that “United States coins and currency (including Federal reserve notes and circulating notes of Federal reserve banks and national banks) are legal tender for all debts, public charges, taxes, and dues.”

Which means that if one goes to the U.S. Treasury to redeem Federal Reserve notes, one will receive an equal amount in Federal Reserve notes and maybe some coins.  Although the Treasury Department has legal authority to mint dollar coins, these are defined by their size and require no precious metal whatsoever.  No dollar coins meant for general circulation have been minted for a decade, and now the “dollar” exists largely as a hypothetical unit of account.

This evolution of the dollar from a specific quantity of precious metal to an accounting unit largely occurred without public debate.  The transition means that America’s national currency, which was formerly based on scarcity (the limited supply of gold and silver), is now based solely on the willingness of people to use it as a means of exchange.  This makes the dollar a fiat currency.

Fiat currencies are useful. Among other things, they allow central banks to engage in “quantitative easing” by borrowing (through the issuance of notes) something that doesn’t really exist and therefore never has to be repaid (dollars, in the case of the Federal Reserve).

America is hardly unique in this regard; most advanced national economies have fiat currencies.  While the phenomena is widespread it is also a fairly recent development.

And therein lies the reason many in Washington (as well as governments in other countries) don’t like crypto.  The most widely used cryptocurrency, bitcoin, is limited to 21 million tokens.  Other digital tokens, like Ether, have mechanisms that provide a set (or at least predictable) inflation rate. By returning to a scarcity-based monetary system, crypto has the potential to gain user confidence at the expense of fiat currency. Stablecoin, like Facebook’s proposed DIEM, terrifies central bankers most of all.

Stablecoin is cryptocurrency backed by real assets.  These assets can be dollars, gold, oil, or anything else.  Stablecoin offers holders a coin redeemable for something that is potentially limited in quantity, effectively restoring the precious-metal standard that used to underlie government-issued money.

This restoration of the connection between currency and scarce or tangible assets creates competition for government notes that can be printed without limit.  Plus, cryptocurrency can be used over the Internet without the intermediation of banks, which generally have a monopoly on transactions in government money.  This makes it more difficult for authorities to track.

Cryptocurrencies and decentralized finance pose a threat to the confidence-based monetary system underpinning the modern world.  Governments have three principal ways to respond: tolerate cryptocurrency by trying to fit it into existing regulatory schemes; develop government-backed alternatives (which many central banks are actively considering); or make cryptocurrency prohibitively expensive to use, or outright illegal.

China has made its choice. In the United States policymakers are currently considering which approach to take.  Whatever they decide will have important consequences. Hopefully, this time the debate will see greater public involvement than did the transition from a dollar based on gold, to one based on nothing.

Gregory Zerzan is a partner in the law firm Jordan Ramis PC. Formerly he served as acting assistant secretary of the United States Treasury under President George W. Bush.

Sans Trump, Can GOP Expand Its Inroads to Latino Voters?