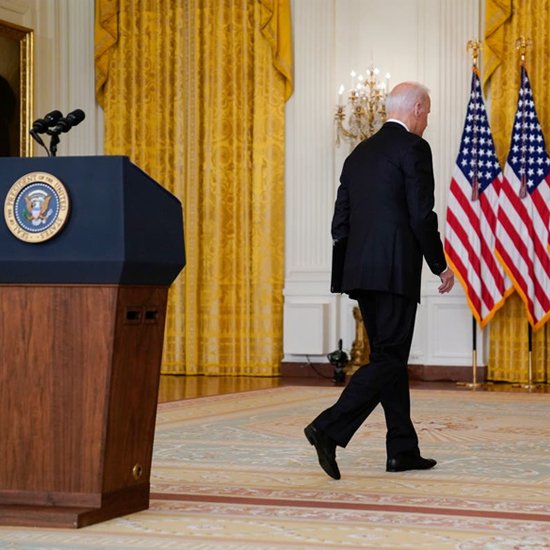 It is hard to imagine that economic conditions can worsen at a faster rate than they have during President Biden’s first nine months in office. His policies and those of the very accommodating Federal Reserve (Fed), have led to disastrous results that can be best described as very yucky.

According to Merriam-Webster, yucky means to be repugnant, distasteful, unpleasant, and disagreeable. I believe that perfectly describes the current and, at least near future, of the economy. In the current fourth quarter, the yuckiness will worsen. If the ridiculously large and really mostly counter-productive massive spending bills are passed, the yuckiness will last for years.

Let’s start with the most serious current problem. Inflation has been running at a 6.5% annual rate since the first of this year. It is likely to accelerate in October, November and December. That means for the entire year, inflation will be in the 7% to 7 ½% range. After all of the credibility that the Fed has built over the last four decades, they irresponsibly allowed this repugnant event to occur.

In spite of very biased opinions to the contrary, inflation is very unpleasant. As President Reagan said, “Inflation is as violent as a mugger, as frightening as an armed robber and as deadly as a hitman.”

Inflation is felt the hardest by the lowest income earners who, unlike higher-income earners, must spend nearly all of their disposable income on consumption Longer term, inflation leads to workers asking for wage increases that exceed the inflation rate since anything less is not a real raise.

That leads to businesses having to raise prices, which worsens inflation. This wage-price spiral is very difficult to end.

Biden’s policies and the irresponsible, maybe politically biased Fed, are completely responsible for the inflation.

Since the economy is now producing goods and services at a rate that exceeds the level prior to the pandemic, in the aggregate, supply chain disruptions can not be the major cause of inflation.

Admittedly, in the market to purchase imported goods, there are some supply chain bottlenecks. But that is mostly caused by excess demand, not insufficient supply. The disagreeable policy of paying moderate wage workers more to stay at home than they would receive if they worked a 40 hour week, has helped to create a labor shortage. It has also contributed to wage inflation that will eventually push up prices.

Biden’s policies have already over-stimulated the economy when he had the $1.9 trillion stimulus package passed. That created a $3 trillion budget deficit for the second straight year. That much excess demand is contributing significantly to the current inflation.

Continuing to spend trillions of dollars that we don’t have, which raises the public debt to nearly $30 trillion, is simply repugnant.

The Fed has been very accommodating to the president. They have vastly increased the money supply as they continue to buy $120 billion of government bonds and securities monthly. They also have kept interest rates at near zero.

The Fed seems to be accommodating Biden’s policies. That should not happen when inflation is running at a 40 year high. That is just distasteful.

Biden’s huge deficit spending at a time when the economy is growing rapidly is pumping so much excess demand that prices will continue to rise. For the first half of 2021, the economy grew at more than a 6.5% annual rate. No more stimulus is needed.

Biden’s policies of taking income away from people who earned it and giving it to people who for whatever reason, have not earned it, is simply counter-productive. To people who have more traditional values, those policies are repugnant.