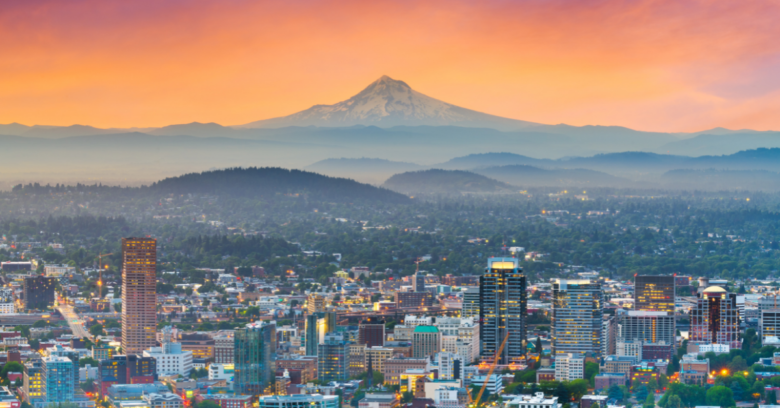 Trump did not fall for it. Instead, he protected the federal buildings and let the Antifa crisis fall in the hands of the left-wing radical governments of Oregon. The mainstream media moved on and much of the conservative media has as well. Unfortunately, Portland has not moved on and remains an Antifa disaster.

Local people in Portland have not stopped filming the activities and sharing them on Twitter. Andy Ngo has retweeted many of them, which has upset Antifa.

Antifa are furious you can see the videos of their violence and crimes in this thread. pic.twitter.com/NrDOS8YmuE

Local journalists are showing videos of destroyed windows, burning trash cans, and more. The riots are “in honor” of someone, but it is more like a war zone when you view the videos.

Another local journalist shared videos as she asked those around the area who did the destruction. She asked what was used to cause the chaos. Here’s the video.

It was not just the destruction either. Andy Ngo shared another image where Antifa was sharing their logo via projectors on downtown buildings in Portland.

Antifa projected their (German) logo on the Multnomah County Justice Center in downtown Portland last night just before they rioted. They broke into businesses & started fires in the street, doing more than $500,000 in damages. Police made no arrests. https://t.co/RzSgY98nDL pic.twitter.com/c8x3GEnd0v

Joe Biden and the mainstream media do not want you to see what is happening in these Antifa riots and with their electorate. Remember, these were Joe Biden voters, not Donald Trump voters. These are part of the groups that have threatened to kill any conservatives that get in their path.

Yet, the radical left does nothing. The Democrat leaders of these towns have not protected the businesses, property, or the freedoms of law-abiding Americans. Instead, they choose to look the other way and let these radicals run amok.

These events are worth reporting on. Americans need to know that Joe Biden and the radical left are allowing everything in the city of Portland to be destroyed and that they are doing nothing about it. Instead, we get to read about sham investigations into January 6 and about the massive spending plans that will “help” our nation.

If you have not figured it out, nothing that the Democrats are doing is helping Americans. Americans are paying more, getting by with less (because the extras are stuck on cargo ships), and are being told to shut up and deal with it. If you don’t, you are a terrorist.

Sec. Of Defense: Military To ‘Laser Focus’ On Matching China

National Guard to Continue D.C. Green Zone Patrols for 2 and a Half More Months