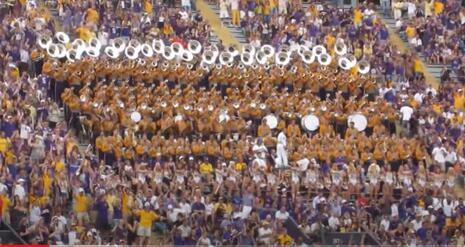 Have a plate of crow, fear-mongers Dr. Anthony Fauci and Joy Reid. Your expectations of huge college football stadiums packed with thousands of fans serving as super-spreaders of COVID-19 have been disproven.

College football has reached the mid-season point, and COVID-19 outbreaks are on the decline in many of the states with the largest stadiums. Through weeks of mostly unmasked fans sitting side by side at college football games in huge stadiums, the dire predictions of the doomsday crowd have fallen flat on their face.

“As soon as I saw it (the opening of college football stadiums to fans in September), I thought COVID’s about to have a feast,” Reid told Dr. Fauci on NBC Today. “What did you think?” Fauci said, “I thought the same thing. I think it’s really unfortunate.”

What’s that? Dr. Fauci wrong? Again? He seems to keep failing upward, in the view of those on the Left who have all but bestowed sainthood on him despite his sorry track record.

NBC reporter Shaquille Brewster shot them both down with his report Saturday. “But it never happened,” he said of the drastic expectations. “COVID cases, hospitalizations and deaths now all down nation-wide. Cases are in steep decline in every college football state across the south, including Florida, where hospitalizations fell 64 percent last month.” That’s despite as many as 90,000 fans packing the Florida Gators stadium for games and more than 100,000 fans attending games in other states.

The New York comedy group that created the Ron DeathSantis signs said Gov. DeSantis was killing Florida with his stupidity. But they’re the ones looking awfully dumb now.

Another doctor, University of Florida epidemiologist Cindy Prins, said the TV scenes of large stadium crowds appear scary, but the reality is that the impact is not as great as people think it is.

Brewster reported that three things have prevented super spreading: open-air venues, a vaccination bump during the surge and natural immunity after the Delta Variant swept through younger populations.

The outdoor super-spreader theory disposed of, and with basketball season right around the corner, Brewster noted that the narrative now turns to indoor activities.