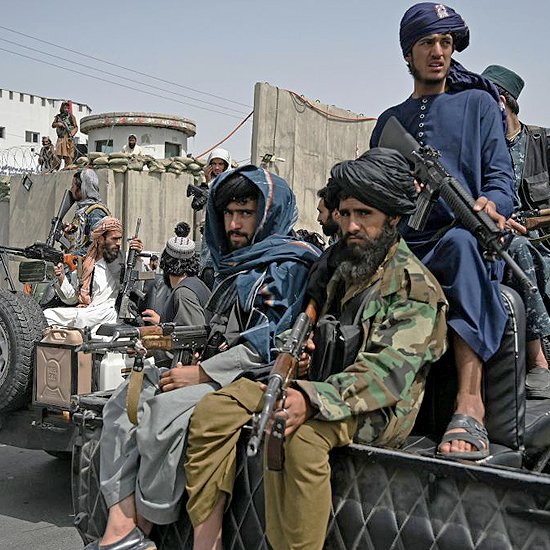 The Biden State Department has been forced to admit that there are Americans still on the ground in Afghanistan that are seeking to leave, but that the Taliban – now in control of that country – is refusing to allow any charter flights to airlift Americans and/or American assets out of that country.

President Biden and his handlers have met the issue with mostly silence, their self-imposed timeline for a hasty withdrawal, stranding thousands of Americans and American assets behind what now must be called “enemy lines.”

No Americans were on the two Qatari flights that were permitted to leave last week, those individuals remaining trapped, awaiting an airlift from a non-governmental organization at Mazar-i-Sharif airport. The State Department said the Taliban is not helping facilitate their evacuation.

Saying that the State Department and the Biden administration have “pulled every lever available,” State Department spokesperson Ned Price told reporters, “We have been very clear that the individuals who have expressed a desire and a willingness to leave via Mazar-e-Sharif should be allowed to leave the country….We have gone to extraordinary lengths with not only our engagement with the Taliban, but also with these other constellation of groups on the ground and operating from afar, and also with countries in the region…The question of holding the Taliban accountable is a much broader question, it’s a much more strategic question.”

A source close to the Americans and Afghan allies on the ground in Mazar-i-Sharif said that the “State Department has indicated to groups that they are on their own to negotiate” their escape from the Taliban-held territory.

This story should make every American seething with anger at the Biden administration and the ideological hacks that control him, as well as sick to their stomachs for how unnecessary this situation is.

While the political charlatans in Washington try to spin the failure of the Biden administration’s execution of the withdrawal of a “we had our hands tied by the Trump administration” excuse, the truth is nothing could be further from the truth.

Mr. Biden and his gaggle of Fascist handlers – Valerie Jarrett, Susan Rice, and the rest of the Obama brain trust included, set themselves to overturning every aspect of Mr. Trump’s tenure in office so they could continue with Obama 2.0 and the completion of the “fundamental transformation of the United States of America.” Yet they are trying to make the American people believe there was nothing they could do about the withdrawal date for US military assets in Afghanistan because President Trump negotiated the terms?!

Please. The pathetic rhetoric drooling from the mouths of the Obama-bot Biden administration hacks is egregiously insulting to even the most intellectually stunted among us.

Not only did the Taliban violate the terms struck with Mr. Trump, thus nullifying any agreement, they are freaking State Department-designated terrorists practicing al taqiyya! Yet this is the moment Biden and his team choose to “honor” an agreement crafted by their arch-nemesis Donald Trump?!

The Taliban, in the opening days of their second reign in Afghanistan, courted the naive ideologues of the Biden administration – mostly mid– to high-level retreads of the Obama administration, with rhetoric of “equity” and “inclusiveness,” going as far as to say there would be equitable treatment of women to the extent Sharia Law permitted.

The problem is this. Women are possessions and worth half a man in Sharia so the idea there would be any “equity” or “inclusion” of women was a fool’s errand. In fact, it can be said with relative certainty that the Taliban leaders laughed themselves to sleep after that announcement at how gullible the “Woke West” is about the realities of the world.

In fact, last week, the Taliban locked the gates on the “Women’s Ministry” and replaced the existing signs with ones for the returning “Ministries of Prayer & Guidance” and “Promotion of Virtue & Prevention of Vice.” These entities, it wouldn’t be a stretch to say, are painted with the same brush and the Nazi SS only with an Islamofascist bent.

In its Taliban 1.0 form, these ministries enforced the Taliban’s interpretation of Sharia law, implementing a strict dress code – including the full burqa, and conducting public executions and floggings.

As for inclusion, Taliban spokesman Sayed Zekrullah Hashimi announced on September 10th, just 10 days after the “inclusion” statement, that women are incapable of performing government duties and that doing so would “put something on [women’s] neck[s] that [they] cannot carry.”

Another assurance that the Taliban would not return to the violence of an Islamofascist cleansing of infidels and apostates was shattered with door-to-door executions of whole families who cooperated with the West, and the enslavement of their young women as sex slaves for Taliban soldiers.

This week, private operators who are doing the job the Biden administration can’t be bothered to do in evacuating those threatened with death for aiding the West for the last 20 years, described how two male children – 9 and 10 years old – were beheaded by the Taliban because their parents worked with Western forces.

Yet, the Biden State Department says they have “pulled every lever available.”

Mr. Biden and the Obamaites that pull his puppet strings are the facilitators of genocide in Afghanistan. They should stand to account for facilitating crimes against humanity. Instead, they are force-mandating the vaccinations of Americans and pulling chode-warrior power-plays by edict in the mandating of masks.

The people of the United States must wake up and push back! Woke is a euphemism for blind allegiance to Marxism-based Fascism and the global elitist oligarchs who are selling the United State to China and/or the highest bidder.

We are now engaged in a Cold Civil War where the battle lines cannot be seen on a map but instead exist in the polar opposites of ideology. Those who believe in freedom, liberty, the free-market, and the Charters of Freedom must engage – must engage!

If this Cold Civil War is lost, the Republic is gone…and that means a lot of draconian mandates than mask-wearing.

Sorry, You Cannot Claim to be a Catholic and Support Abortion