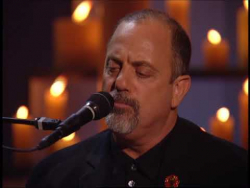 Willie Nelson is on my mind today. Emmylou Harris, too. Along with Toby Keith and Alan Jackson. Just so you don’t think it’s all country music with me, I’m also thinking of Mark Knopfler, Sheryl Crow, Carlos Santana and Bruce Springsteen on this eve of the 20th anniversary of the 9/11 attacks.

That cataclysmic event has been bookended, cruelly, by the Taliban’s return to Afghanistan, where they had sheltered the planners of the destruction that claimed 3,000 innocent lives. Despite the Taliban’s assurances that life in Afghanistan would be less harsh under their rule the second time around, girls’ schools are already closed, women have been banned from playing sports, women who objected have been whipped, and journalists covering those protests have been tortured. The streets of Kabul are quieter now, but not in a good way. The Taliban have also silenced Afghanistan’s musicians, just as they had done 20 years ago.

In response to the events of September 2001, however, American music didn’t cease. Instead, a cacophony of lyrical noise flowed forth, some defiant, some joyful, all of it cathartic. It started with country and western, but soon included rock, reggae, and rap. And it wasn’t only in the United States.

Toby Keith expressed America’s fury and resolve — and support for the military — in “Courtesy of the Red, White, and Blue” and “American Soldier.” Alan Jackson went for empathy, and found it, in “Where Were You (When the World Stopped Turning),” a crossover hit that for a while became America’s unofficial 9/11 anthem. Tim McGraw’s heart-rending “If You’re Reading This” has been played at too many military wakes and funerals.

Ten days after the attacks, 21 popular musicians gathered on darkened studio stages lit by candlelight in New York, Los Angeles, and London to sing songs in a benefit format. Some artists manned the phones to take pledges, the money going to charity. The event was called “America: A Tribute to Heroes.”

Wearing an American flag shirt, rapper Wyclef Jean imbued Bob Marley’s “Redemption Song” with spiritual immediacy.  Many such old songs were given new meaning, just by the context, such as Tom Petty’s “I Won’t Back Down,” Paul Simon’s “Bridge Over Troubled Water,” and Billy Joel’s “New York State of Mind.” Sheryl Crow introduced a new song for the occasion, “Safe and Sound,” as did Enrique Iglesias. Bruce Springsteen recast “My City of Ruins” into a song about still-smoldering lower Manhattan. Springsteen and his E Street Band released an entire album about 9/11.

Springsteen and his wife, Patti Scialfa, were in their car when a fan he did not know rolled down his window and said, “We need you now!” Springsteen, who hadn’t produced an album of new music in years, accepted this mantle. “The Rising” featured songs such as “Empty Sky,” “Nothing Man,” and “You’re Missing” that directly deal with the loss of loved ones on 9/11, while “Paradise” and “Worlds Apart” probe the politics and fanaticism behind the attacks.

Just five weeks after the attack, Madison Square Garden hosted another concert, which included actors, short feature films, and politicians. Some of the same recording artists — Springsteen, Bon Jovi, Bill Joel — were there, along with numerous other stars: Eric Clapton, Mick Jagger and Keith Richards, The Who, John Mellencamp, Elton John, James Taylor, the Backstreet Boys, and Paul McCartney. The money raised went to the Robin Hood Relief Fund, benefiting the families of 9/11 victims.

New York native Billy Joel reprised an old number about a dystopian future where “the lights go out on Broadway.” “I wrote that song 25 years ago … [as] a science fiction song,” he told the audience. “I never thought it would really happen. But unlike the end of that song, we ain’t going anywhere!”

The Who performed before a backdrop featuring American and British flags. After they finished performing, singer Roger Daltrey directly addressed a section reserved for first responders and their families. “We could never follow what you did,” he said.

In the aftermath of the attack, not everybody played to type. Neil Young, who had produced an angry antiwar song after the Kent State shootings in 1970, wrote and recorded “Let’s Roll,” a defiant ode to Todd Beamer and the other doomed but courageous passengers on United Airlines Flight 93.

Freedom itself was under attack on 9/11, as a conservative U.S. president noted. Rock musicians, whatever their disagreements with George W. Bush, felt this acutely. Paul McCartney wrote a song by that name, which he performed, along with an encore, at the New York City concert.

In “Freedom,” McCartney channels John Locke and Thomas Jefferson — with a dash of Patrick Henry:

McCartney reprised this song several months later at the Super Bowl pregame show. “America, we love you!” he said to get the audience warmed up. “Everybody clap your hands for freedom!” And they did.

I don’t want to overstate the point here. Before long, normal partisan impulses returned. By 2003 and 2004, Toby Keith was playing his martial verse at campaign-style rallies for Bush, and Springsteen was stumping for John Kerry. (As for Neil Young, he eventually composed another tune he titled “Let’s Impeach the President.”) But for a decade, musicians recorded and performed a varied canon of meaningful music about America. Some were old, some were new, and some were old ballads with new meaning. It had all started on the steps of the U.S. Capitol on 9/11, where Democrats and Republicans literally joined hands and sang “God Bless America.” That song became a staple in America’s secular summertime cathedrals known as Major League Baseball parks.

The music and singing never stopped. Five years later, British rock star Mark Knopfler and American country legend Emmylou Harris were performing a poignant duet, “If This Is Goodbye.” Its lyrics were inspired by the final phone calls those trapped in the twin towers made to their loved ones. Knopfler recalled being moved by reading coverage of the attacks, singling out venerated British novelists/essayists Martin Amis and Ian McEwan. “I remember the McEwan piece homing in on people in the twin towers using their mobiles; that final phone call home to say: ‘I love you.’ If there’s anything positive to take from 9/11, that expression of love is surely it.”

Music venues on both sides of the Atlantic were eventually silenced — for more than a year — but not because of war or terrorism or tyranny. It was the coronavirus pandemic, which claimed far more American lives than were lost on 9/11 and in Afghanistan and Iraq. Now, on the 20th anniversary of 9/11, musicians are emerging from those bunkers. Willie Nelson is on tour, notwithstanding the fact that he’s 88 years old. He’ll be playing tomorrow night in Philadelphia, the cradle of liberty. Seventy-five miles to the northeast, Carlos Santana is scheduled to take the stage in Asbury Park, Springsteen’s old stomping grounds on the Jersey shore.

Carl M. Cannon is the Washington bureau chief for RealClearPolitics. Reach him on Twitter @CarlCannon.