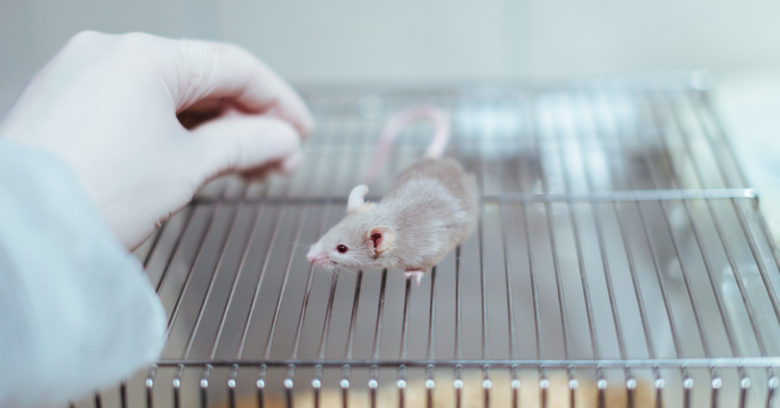 As America seems to chug along on what, during the Obama years, I referred to as the fundamental transformation choo-choo train, people wonder how our society became so chaotic. America was founded as a nation rooted in Christian ethics and morality, where human life held an intrinsic value because people believed God created us to fulfill his grand purpose. As society advanced, and the sciences became an integrated part of human development, the views of humanity changed.

Darwin’s theory of evolution introduced the radical idea that man was without a will of his own and because there was  ̶ ̶ ̶  in his view  ̶ ̶ ̶  no God, human beings became nothing but another animal. Bertrand Russell wrote in The impact of science on society that profound social and political changes, as well as control over the human environment resulting from scientific advances, would allow an entirely new philosophy of human society to emerge. One, that in my opinion, is contributing to the rapid deterioration we are witnessing today.

In my latest book Without a shot indeed: inducing compliance to tyranny through conditioning and persuasion, I discuss B.F. Skinner’s influence in the development of what he referred to as a science of human behavior. Skinner believed, like Darwin, that man had no will of his own, and his actions were determined by the environment. The root of this belief is Marxist in origin as the communists thought men were free to choose their course of action only so far as the surrounding environment would dictate their choices. This is a concept known as economic determinism.

The science of behavior can also be attributed to Pavlov, who showed that animals can be conditioned to behave in a certain way by associating a reward (food) with another outside stimulus (the bell). This is known as classical conditioning, and it laid the groundwork for what Skinner would eventually call operant conditioning. This is the concept of scheduled reinforcements of acceptable behaviors through control of the environment. Free will then, as far as science is concerned, is nonexistent.

Skinner and Pavlov’s work are considered instrumental in the developing fields of human behavioral sciences. There is no doubt that operant conditioning is used in our schools to train, opposed to educate, students into accepting the radical views now determining how man is defined. We are living in a time of massive change where everything is upside down, and the basic truths many of us grew up understanding, are now just social constructs.

There is another behavioral scientist whose experiments are also considered groundbreaking, and the standard-bearer for studying societal behavior. John Calhoun’s Universe 25, which is a study of a controlled society of mice, showed how rapidly a community can descend into absolute chaos and ultimately, destroy itself.

Breaking down this study to its exact design and more intricate details is beyond the scope of this article. To put it in the most basic way, the study was meant to determine what would happen to social groups when put in an environment where everything was provided for them, and the biggest threats which would be faced in their natural habitat, eliminated. Calhoun referred to this as a “mouse Utopia.” Interestingly, Calhoun seems to be concerned about the wellbeing of humanity, and the consequences of not only controlling the environment but mankind’s rapid population growth.

His belief seems to revolve around the idea that such conditions would result in spiritual death, which he called the second death (with bodily death being the first,) of the entire society as the natural inclinations of the species were altered so dramatically in the controlled environment, that their behaviors were forever changed. Calhoun stated in his Scientific American article that experiments of this nature may contribute to the “making of value judgments about analogous problems confronting the human species.”

Calhoun created a habitat where food and water were abundant, there was no threat of natural predators  ̶ ̶  and other causes of death  ̶ ̶  such as disease and weather were eliminated. This led to a rapid increase in the population where natural competition was wiped out. The normal social roles, which are normally fought for to obtain, were filled without struggle. Without the need to fight for survival, everything began to deteriorate. Because this was a closed ecosystem, individual mice that would normally emigrate to a new habitat when there is an excess of young, healthy specimens had nowhere to go. This created a group of socially withdrawn, weaker members, who normally may have been naturally eliminated.

In the normal course of events in a natural ecological setting somewhat younger survive to maturity than are necessary to replace their dying or senescent established associates. The excess that finds no social niches emigrate. However, in my experimental universe there was no opportunity for emigration. As the unusually large number of young, gained adulthood they had to remain, and they did contest for roles in the filled social system. Males who failed withdrew physically and psychologically; they became very inactive and aggregated in large pools near the center of the floor of the universe.

This resulted in a male population no longer driven by the instinctual need to defend territory. They also lost the drive to protect nursing females, leaving them and their nests vulnerable. In response, the usually docile females began to take the role of the aggressive males, often turning their aggression towards their own young. Mothers also began to lose their young during birth and often abandoned them afterward. Calhoun referred to this time as the death of the society.

As the abandoned mice matured and tried to blend in the remaining society, they exhibited behaviors typically associated with a failure to form social bonds. Their ability to engage in normal mice activities, like courtship and territorial defense, was lost. In other words, the species is becoming weaker as time goes on. Eventually, and this happened every time Calhoun repeated this experiment, the male began to exhibit strange behaviors.

He wasn’t interested in mating or even gaining territory for himself. Instead, he spent the day grooming himself, eating and drinking. Calhoun called these mice the “beautiful ones” because they had, for all practical purposes, through the avoidance of fighting with other mice, the best-looking coats and the highest levels of alertness. They also represented, according to Calhoun, a near-complete state of disorientation.

To the casual observer the passive animals would have appeared to be the healthiest and most attractive members of the community. They were fat and sleek, and their fur showed none of the breaks and bare spots left by the fighting in which males usually engage. But their social disorientation was nearly complete.

There were other anomalous behaviors exhibited by the mice, such as homosexuality, that were observed as the controlled, closed society, continued to collapse. Calhoun stated that man was a “complex animal,” hinting towards a belief in evolution. He thought if men were to face the same conditions, they too, would surely follow the same path to complete degradation of their civilization.

The collapse of the artificial community was brought about primarily by the loss of social roles due to deliberate control over the environment. Overpopulation, which is something we hear a lot today concerning human society, was the primary culprit. Ultimately, it can be argued that the mice simply had nothing to strive for because, in the beginning, everything they needed was provided for them.

There are several correlations that can be made between these experiments and human settlements. They do not prove, however, that man is an animal without a will of his own. It isn’t even being argued that Calhoun himself believed this, though it seems he may have.

Evolution is a core belief of communist thought. As noted earlier, free will to the communist only exists to the point where man is forced to choose a course of action which his immediate environment dictates, for his own survival. It should be noted that using these studies from which to “make value judgements about analogous problems confronting the human species,” is to start from a preexisting bias suggesting man is in fact, nothing but another animal.

In part two I will discuss the correlations between this experiment and our current cultural downfall.

The Toxicity of the Permanent Outrage Mentality