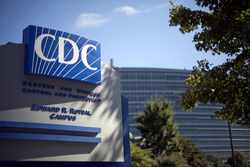 Justice Brett Kavanaugh was trying to be a nice guy. In an act of judicial gallantry, he chose to give the losing side a break.
The Alabama Association of Realtors had sued to halt the Centers for Disease Control and Prevention’s eviction moratorium on the grounds that bureaucracies don’t have the authority to write laws.
Four Supreme Court justices — Clarence Thomas, Samuel Alito, Neil Gorsuch and Amy Coney Barrett — sided with the realtors.
For his part, Kavanaugh wrote on June 29, he agreed that the CDC had exceeded its authority in issuing a national eviction moratorium, but since the…