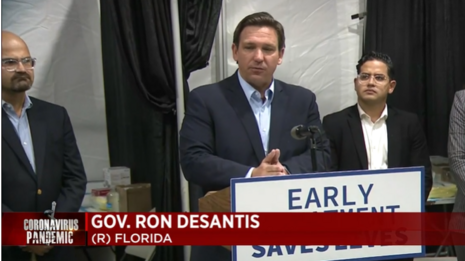 When she was named the new CEO of the Associated Press, Daisy Veerasingham claimed “The importance of AP as an unbiased, factual news source cannot be overstated – our journalism reaches more than half the world’s population every day.”

But the AP isn’t unbiased on Ron DeSantis. The latest “scoop” by reporter Brendan Farrington went so wrong that even PolitiFact threw a “Mostly False” flag at it…well, at the Democratic Underground spin on it.

The Farrington story was suggestively headlined “DeSantis top donor invests in COVID drug governor promotes.” Citadel, a Chicago-based hedge fund, has $15.9 million in shares of Regeneron Pharmaceutical Inc., according to filings with the Securities and Exchange Commission. Citadel CEO Ken Griffin has donated $10.75 million to a DeSantis-backing PAC. But it also admits this investment is a very tiny percentage of Citadel’s $39 billion in investments.

On Friday, Veerasingham wrote a Nasty-Gram to DeSantis complaining that his press secretary Christina Pushaw was endangering reporters with her tweets. It recapped her tweets ripping the story that used terms like “Drag Them” and “put you on blast,” with the AP executive characterizing them as a direct threat to Farrington. It’s got that Jim Acosta echo: any aggressive pushback allegedly encourages violence.

The @AssociatedPress is writing @GovRonDeSantis today re: his press secretary, @ChristinaPushaw, and her “direct effort to activate an online mob to attack” a @FLPressCorps reporter. “We call on you to eliminate this attack strategy from your press office,” the AP’s exec VP asks. pic.twitter.com/ghyK7Lwy2K 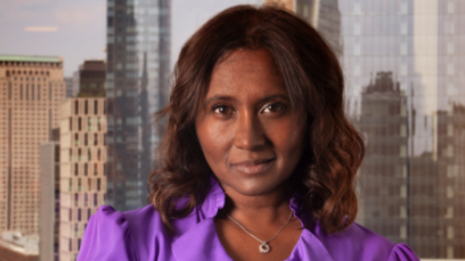 This woman really sounded like a pompous CNN commentator in this passage: “It is the type of behavior that the United States government routinely criticizes in other nations. It certainly has no place in a democracy that values robust and civil public discussion. This is not about one story, it is about harassing behavior from a public official that is unacceptable in any circumstance.”

Reporters shouldn’t get death threats, but Daisy should be told that national news outlets are saying DeSantis is running a “death cult” that kills children. Can she guess that might encourage violence against DeSantis? It sounds harsher than “put them on blast.”

Pushaw told Fox News the AP was trying to distract from its “hit piece,” which other Florida reporters dismissed as lame.

“No one from our office ever threatened him,” Pushaw said. “His story drew harsh criticism because it was false — and discouraged people from seeking life-saving treatment. Instead of owning up to that and retracting their hit piece, AP doubled down and tried to make the story about the backlash the reporter received.”

Will the Media Revisit Cuomo Smearing His First Accuser With Leaked ‘Personnel File’?

From Bannon’s ‘War Room,’ the Real America Fights Back