NPR sounds most incessantly like State-Run Radio on dearly held socialist issues like mitigating climate change. On Wednesday’s All Things Considered, the conservative view on climate wasn’t considered. NPR host Audie Cornish facilitated seven minutes of remarks by Biden climate envoy John Kerry. He wasn’t really questioned as much as assisted. Like this exchange about the latest UN climate-doom report: 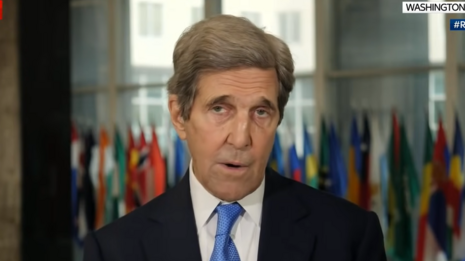 CORNISH: You’ve been at this for many years, thinking about these issues. What, if anything, about this week felt like a turning point for you? Maybe it’s not, but I feel like I should ask.

KERRY: Well, no, it didn’t. And it doesn’t feel like a turning point at this point. It feels like one more in a series of warnings which have been made over 30 years plus. I don’t think it took this IPCC report for a whole bunch of people who have been working on this issue for a long time to feel motivated. So the time has come. It has to happen now.

Other Cornish questions matched that tone: “Is there any particular arrow in the quiver, meaning a tariff, a policy, a tax, any kind of way that the U.S. might consider wielding some of its economic influence to bring about some of the changes President Biden is calling for?”

And: “In the past, the U.S. has made pledges to help poorer countries, for instance, pay for efforts to transition to clean energy. Is there any move to improve that? Have we lived up to that? And what’s the plan if we haven’t?”

In other words, NPR is just a publicity branch of the Biden administration. It’s remarkably boring, but also remarkably one-sided.

A week ago, the same NPR show broadcast another seven-minute puffball interview on climate from host Ailsa Chang — summarizing a longer interview earlier in the day on Twitter — with Biden’s EPA head Michael Reagan and Transportation Secretary Pete Buttigieg.

It’s an ongoing pattern on NPR: Kerry was cuddled last December, coddled in April, and patted on the back last month.