Don’t Let Them extinguish The Flame Of Liberty

It’s time to push back. Let’s call “cancel culture” what it really is, communism. 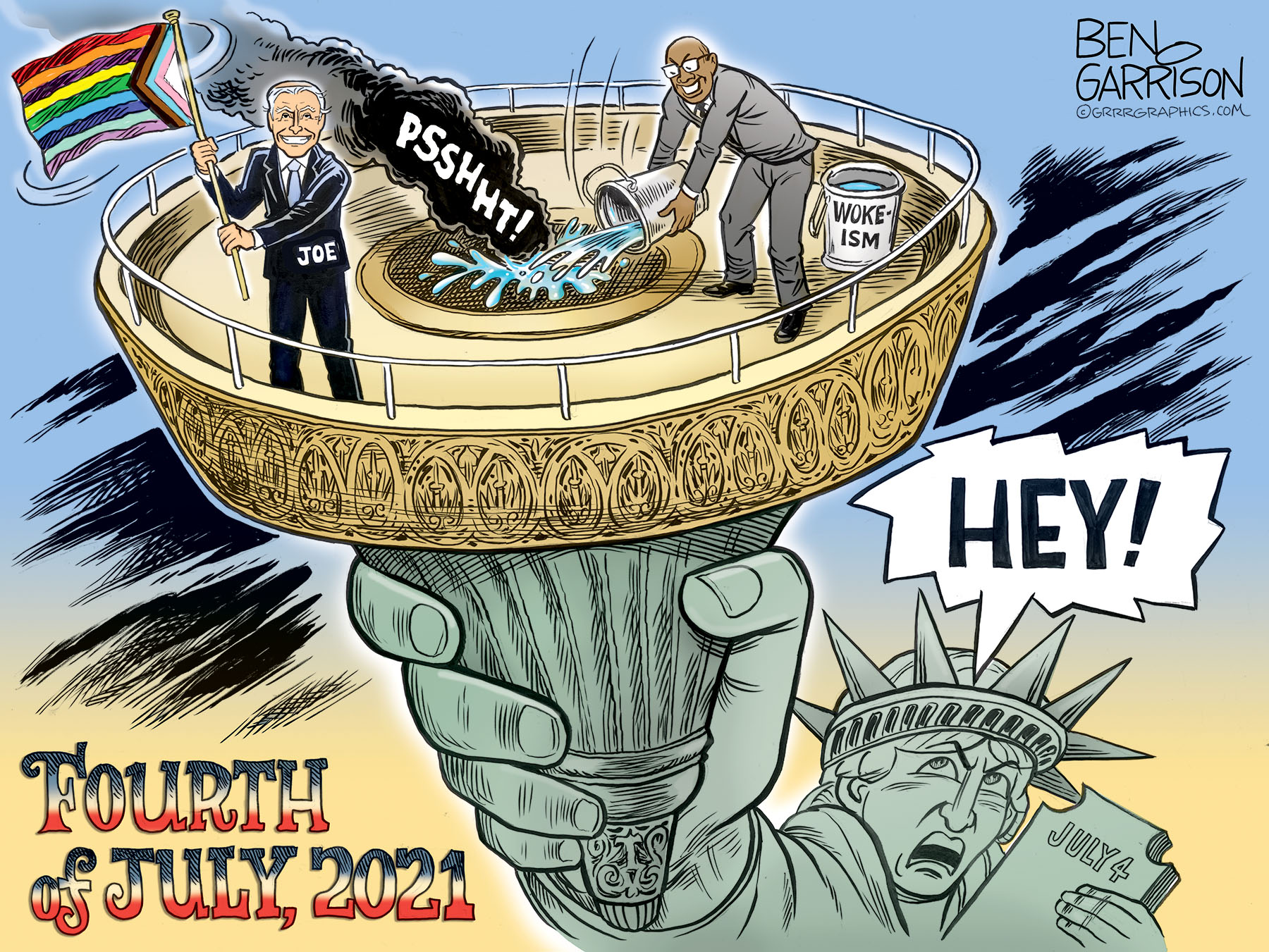 The globalist-minded Marxists have been doing their best to destroy the America we once knew. They’ve even imprisoned political prisoners—Trump supporters who protested at the capitol. They want to paint all Trump supporters as ‘white nationalists,’ which they then morph into white supremacist terrorists.

More people die from being hit by lightening than from white supremacist terror.

The lying Soviet Bolsheviks used this tactic, too. They demonized the Kulaks and eventually murdered millions. The Democrats are the new Bolsheviks. When you hear them bark about ‘our democracy,’ they really mean ‘our communism.’ They think the end justifies the means. Their end is total power and a complete end to our Republic.

They continue to push their COVID con and demand the public submit to their deadly injections. Science has been purchased by centi-billionaires. The social media giants censor anyone offering real scientific evidence that refutes the oligarchy’s narrative. Their representative, Dr. Fauci, stated an attack on him was an attack on science. Anyone resisting their foul jabs are called ’science deniers.’ At the same time they continue to inflict upon us the delusion that men can be women and vice versa. The ‘authorities’ now say a person can choose their sexual ‘assignment’ and they expect us all to applaud it and help reinforce their ridiculous delusion. A man can be pumped full of hormones and mutilated, but he cannot be transformed into a real woman. Still, those controlling science expect us to be DNA deniers when it comes to the trans trend.

It’s hard to believe, but now Biden and his Marxists want the military to practice political correctness and use proper pronouns. They want ‘equity’ over battle readiness. They want to teach the troops about critical race theory. They want soldiers to become ‘woke’ (anti-white racism) as well as force them to wave tranny flags instead of Old Glory.

A woke military is a weak military.

Even worse, the Evil that is running the show wants everyone in the military to submit to the deathly dangerous experimental jabs. China Joe is weakening our military to please his bosses in China.

Pedophile Joe has been rewarded with millions of dollars in graft, thanks to the help he received from his cocaine-addled son. Joe called Hunter ’the smartest man’ he knows, but his son wasn’t smart enough to pick up his own incriminating laptop waiting for him at the repair shop. On it was evidence that revealed just how corrupt the Biden family is, and the FBI knew about it for a long time and did nothing. Facebook would not allow anyone to mention the laptop contents during an election year. The censorious social media giants are guilty of election tampering.

Our security agencies have been politicized. The NSA spies on us all. The CIA has long gone rogue. An FBI lawyer can invent facts to obtain a FISA warrant, and yet he receives only a mild rebuke as a result—no jail time. Clapper and Fauci have lied to Congress. Nothing happens. Swalwell slept with a China spy and Adam Schiff lied about having concrete evidence proving Trump’s collusion with Russia. Nothing happens to them—in fact, they get rewarded with important committee assignments. Nothing happened Comey for his lies. Nothing happened to Hillary, either. Nothing happens to those belonging to the big globo-socialist club. Heroic journalists who reveal what that club is doing are murdered or get tossed in prison. Julian Assange is such a hero. He has been silenced while millionaire fake journalists at corporate media continue to spew lies and propaganda.

We no longer follow the Constitution. Rather, a group of very dominant people at the top decides how things are going to be. The Fed prints endless trillions of dollars to prop up bubbles. Along with Black Rock, they get to decide which company will benefit. That’s fascism.

Help us expose the radical Democrats, every dollar helps keep GrrrGraphics online, we are totally funded by YOU! Click to donate today

The World Economic Forum, The Bilderberg Club, the CFR, the UN, and others attending the Bohemian Grove—they are the same people who own and control the big corporations, the central banks, our education system, our institutions, the media, and our politicians. The globalist oligarchy decides things—not you. Did you vote for Klaus Schwab who said, ‘You will own nothing and be happy?’ Did you vote for his ‘Great Reset?’ It is being forced upon us whether we agree or not. The kind of tyranny they have in mind for us will only get worse and yet most Americans continue to comply without question.

We need to wake up and stop complying.

Refuse to acknowledge Biden as president—it was stolen for him.

Refuse to salute their sexual delusions and tranny flags.

Refuse to go along with ‘woke-ness.’

Refuse to wear their masks.

Never give up your guns.

Protect the flame of liberty!

Dr. Fauci: The CCP Loving Doctor Who Is Out to Destroy America