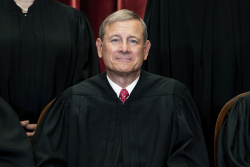 When I took over DonorsTrust more than five years ago, I expected some vitriol to be flung my way by those who disagree with our governing principles. I’ve worked in the D.C. policy world for decades, and, frankly, such anger comes with the territory. I did not expect just how unpleasantly descriptive and personally threatening these hateful callers would be.

No one should be exposed to such irrational abuse and, while I won’t say I enjoy these calls, I know that all donor-advised fund account holders have the option to recommend anonymous grants – and it is often the institutional provider that absorbs the punches that are really intended for its clients.

One donor’s cause celebre may be another’s greatest offense. For this reason, U.S. nonprofit organizations are not obligated to make public their list of donors. This practice protects donors – progressive or conservative or politically unengaged. It also protects nonprofits themselves – whether Planned Parenthood, National Right to Life, People for the Ethical Treatment of Animals, or the Beef Producer Partnership.

Since the founding of our republic, individuals have disagreed on the best approaches to solve societal challenges. But the right to support anonymously such causes has been recognized as inherently valuable only these last few decades. Yet during that time, many have chipped away at that important right. Fortunately, the Supreme Court today ruled in favor of philanthropic privacy in Americans for Prosperity Foundation v. Bonta.

The case, had it gone the other way, would’ve required Americans for Prosperity Foundation to acquiesce to a mandate put in place by California’s then-Attorney General Kamala Harris forcing nonprofits operating in the state to hand over the names and addresses of its top donors, something the IRS already requires of all nonprofit organizations via a required “Schedule B” sent to the IRS annually.

Doing so would have created new avenues of potential abuse: namely involving another layer of government (in this case the states themselves) with personal information about people who may not even be a resident of that state. With an increase in cancel culture, the politics of envy, and political disagreements that spur needless violence, protecting donor information is critical.

As Chief Justice John Roberts writes in the majority opinion, “the Attorney General’s disclosure requirement imposes a widespread burden on donors’ associational rights.” He also states that “the up-front collection of Schedule Bs is facially unconstitutional.”

Recent headlines only highlight the challenge the IRS itself has in avoiding leaks or breaches of confidentiality. The reason the Supreme Court even took this case was based on the fact that the California AG’s office leaked many Schedule B’s not once, but twice.

The demand from the California attorney general to obtain information about who is donating to causes is now, unquestionably, unconstitutional. There is no compelling state interest to know who funds nonprofit organizations that may not even operate within that state’s border.

Many donors gladly make public personal information and their connection to a major gift. Many of our clients do that, and there is nothing wrong with that. Others, however, choose to keep their philanthropy under wraps for a variety of reasons, whether out of modesty, religious belief, fear of nagging phone calls, or the above-mentioned safety concerns.

Maintaining that donor privacy strengthens the ability of the philanthropic community to respond to crisis or extreme hardship and avoid the distraction of unwanted harassment or accolade.

Donor privacy also secures the fundamental right to freedom of association—legal precedent born out of the civil rights movement with the NAACP v. Alabama decision. Had the Supreme Court decided otherwise, it would’ve contradicted rulings that protect Americans’ First Amendment rights. The opinion shows the court understands this matter is about nonprofits, not politics.

Donating to charities that align with your values, promote or defend ideological truths, and encourage policy solutions to public problems is a necessary component of the U.S. marketplace of ideas. It can generate good possibilities, and squelch bad ones, thus benefiting all.

We should be celebrating those who make grants that align with their values, beliefs, and charitable giving goals—not opening them up to harm or discouraging giving. We should be grateful that decisions of privacy can be left to donors, and not to more bureaucrats.

The law should never be used as a tool to discourage charitable giving, chill freedom of association, or leave would-be donors vulnerable to unwanted solicitation, harassment or even threats to a donor’s life.

Walk into any art gallery, symphony hall, museum, zoo, park, or homeless shelter and you will see a benefactors’ wall replete the names of family foundations, corporations, and individuals—and topping the list will always be a designation for “anonymous.”

It is just as true at donor-advised fund providers like DonorsTrust or the Tides Foundation as it is at policy nonprofits such as the Democratic Socialists of America Fund or the Heritage Foundation.

Remove those anonymous gifts and the legitimate work that happens in these institutes fades.  I’ll gladly continue to shield my clients from harassing phone calls, as I know it means protecting a lifeline for millions who depend on the philanthropic community.

Lawson Bader is CEO of DonorsTrust, a donor-advised fund committed to advancing liberty through charitable giving.

The lonesome death of America Thayer

Not quite live from Phoenix