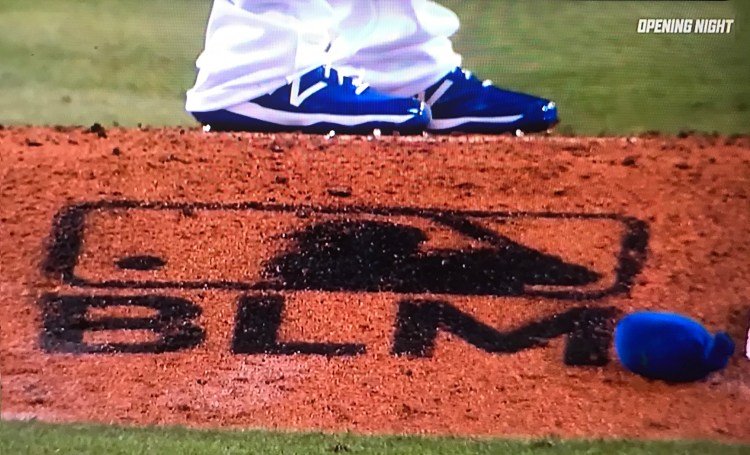 Two weeks from today we’ll wake up and the results from the 2021 Major League Baseball All-Star Game will be official. Whether we had stayed up to watch the game ourselves or simply opted to check out some of the highlights on our smart phones while sipping a cup of coffee, we’ll be able to find out if the National League or American League came away victorious. But there is one aspect of the All-Star Game for which we don’t need to wait two weeks for the result. The biggest loser of this year’s All-Star Game will ultimately be Major League Baseball themselves, and that result is guaranteed.

To be fair, the MLB All-Star game has never been must-see TV, even for its’ most ardent fans. After three months of non-stop baseball, many fans find the three-day hiatus to be disappointing and struggle to deal with the withdrawal symptoms that come with the various pennant races shutting down from Monday through Wednesday. But even then, and even with an opportunity to watch all the sport’s best players with one viewing, the game itself is seldom compelling enough to plant lasting memories in our minds.

Try and remember the top moments from the 2019 All-Star Game for instance, and most fans would struggle to cite even one. Indeed, the All-Star Game has always been somewhat of a tough sell, but after MLB’s disastrous missteps with this year’s game – their self-proclaimed ‘Mid-Summer Classic’ – fans’ enthusiasm for MLB in general, and for the All-Star Game in particular, continues to wane.

To use a tennis analogy in respect to MLB, baseball Commissioner Rob Manfred’s decision in early-April to move the All-Star Game from Atlanta to Denver was an unforced error. And a costly one. After receiving pressure from Democrats and their media regarding Georgia’s controversial-but-not-really-controversial voting law, Manfred bowed to Cancel Culture and demands from the MLB Players Union and succumbed. Manfred enabled the politicization of the game. He capitulated to the Marxist Black Lives Matter movement by moving the game from one of America’s blackest cities to one of its’ whitest, and for what?

It hasn’t even been three months since Manfred’s decision, but the leftist coalition that formed in opposition to the Georgia law has virtually fallen apart. In late-March when the law went into effect, the left mobilized an all-out attack on the law, viewing it as an opportunity to promote their narrative that restricting ballot harvesting and requiring voters to show ID was racist, and tantamount to ‘Jim Crow.’

Stacey Abrams, the failed Georgia gubernatorial candidate who has somehow been given credibility on the left, stated, “Voters without a driver’s license or state ID must surrender their personal information and risk identify theft just to receive an absentee ballot,” and went on to launch her “Jim Crow 2” website to fight the law. Sen. Raphael Warnock (D-GA), who had just recently been elected, agreed by explaining “We are witnessing right now a massive and unabashed assault on voting rights and voter access unlike anything we have seen since the Jim Crow era.”

The left pushed hard on the storyline, convinced no doubt that if they kept on repeating the lie that Georgia’s law was racist, public opinion would come along for the ride. Not only did MLB take the bait, others within corporate America nodded in agreement as well, including Delta Airlines and Coca-Cola. There was only one problem with their plan: Americans themselves rejected it.

Try as they might, the left’s efforts to demonize voter ID laws has fallen on deaf ears across all racial groups. According to a recent Monmouth University poll, Americans overwhelmingly support voter ID, to the tune of 81%. After all that attention and the non-stop assaults on such laws, more than 4-out-of-5 Americans recognize the silliness. It is, after all, common sense to require voter ID and despite the best attempts of the left, support for voter ID has actually increased.

Perhaps reading the tea leaves, Democrats such as Abrams and Warnock are quickly backtracking now, or as the Washington Post would have you believe, their stances on voter ID are “evolving.” In a laughable reversal, Abrams recently explained on CNN “No one has ever objected to having to prove who you are to vote. It’s been part of our nation’s history since the inception of voting.” Not to be outdone, Warnock tried to claim that he’s “never been opposed” to voter ID. Sure, Senator, and sure, Ms. Abrams… whatever you say. Meanwhile, Major League Baseball has egg on their face, looking like fools for relocating the All-Star Game to back up the rhetoric of these knuckleheads.

The costs of Manfred’s gaffe go well beyond simple embarrassment. Shortly after the decision to move the All-Star Game, a poll conducted by the research firm Morning Consult showed that fans’ favorability of MLB plummeted by 35% among Republicans down to just 12%, which means a remarkable 88% of Republicans don’t have a favorable opinion of MLB. In a country so sharply divided politically, that’s a devastating statistic and one which cannot be compensated for by simply adding new Democratic fans.

The precipitous fall in favorability follows a drop in television ratings which has been ongoing for decades. Last year’s World Series, for instance, came after a summer in which MLB went all-in on virtue signaling and wokeness, choosing to display the acronym “BLM” on their pitchers’ mounds and playing off of their “MLB” logo. How were the ratings for that World Series? Disastrous. Not only was the 2020 World Series the lowest rated in history, it was 32% lower-than the previously least-watched World Series.

Further compounding the issue are the demographics of MLB’s viewers. The average age of an MLB fan is currently 57-years-old with only 7% of their fans under the age of eighteen. MLB has been making decisions based on politics and the targeting of potential younger viewers while likely alienating large swaths of older viewers, which is clearly their base.

MLB apologists will point to an increase in the number of “streaming” customers for MLB games, and they’ll try distraction by reminding us of the even sharper decline in viewership for the NFL and NBA, noting that the NBA’s All-Star Game in March was down by 18% over last year. Fair enough: the NFL and NBA are more woke than you, but so what? They’ll also try to blame the COVID pandemic for a drop in interest which is idiotic. After MLB started back up last July with much of the country still locked down, they should have had a captive audience; literally. There are only so many Netflix series one can watch, after all. But viewers still stayed away.

MLB and their accomplices in the Democratic Party and their media can make all the excuses they want, but the fact remains. MLB has chosen wokeness over neutrality and they have opted to dive headfirst into a scorching hot political environment. Had they chosen to leave the All-Star Game in Atlanta, would they be in good shape now? Probably not, but they would certainly be in a much better situation than they are currently. And once fans learn that tuning out MLB is not as disruptive as they had thought, it makes it that much easier to keep them tuned out. You made a major mistake Mr. Manfred, and one which looks increasingly absurd with every day that passes.

Meet the Man Man Who Made Milton Friedman a Star