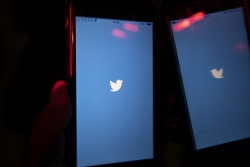 H.R. 1, the For the People Act, was a messaging piece of legislation that was never meant to be passed. But Democrats are increasingly held hostage by the wing of the party that believes Twitter is real life. Now, the same forces seem intent on dismantling the Biden Administration.

First, the Twitter activists of the left bought into the For the People Act rhetoric. The progressive base fully believes the GOP is dismantling democracy. News anchors roared that the GOP couldn’t even debate saving democracy or protecting the right to vote.

Most Americans do not care. They support needing a photo ID to vote, but the Democrats insisted that hurts Black people even though Black people support the use of photo ID. White Democrats in Washington and progressive enclaves do not.

The Democrats’ hardcore base of Twitterati forgot or never knew that H.R. 1 was not supposed to get passed into law, but they made its passage a hill to die on. They died. Joe Manchin and Krysten Sinema, two Democrats, refused to kill the filibuster, saving other Democrats from a vote they did not want.

The base, demoralized by that defeat, then saw Republicans take over the infrastructure plan and, in so doing, gut its Green New Deal framework, which deemed that anything and everything could be infrastructure.

So, what’s the next step?

Apparently, it is gun control to solve the crime problem. Democrats have convinced themselves, again largely due to the Twitterati, that the solution to the crime wave is to call it “gun violence” and make it even harder to buy guns while they continue to defund the police.

A record number of Americans are buying guns. Non-white citizens and women are rushing to protect themselves because police are leaving their jobs. A crime wave is upon us, and Democrats keep gutting police budgets while saying they are not gutting those budgets.

Having President Biden declare gun violence the problem and propose a gun control solution that will die in the Senate like everything else may rally the progressive base, but it will demoralize that base, too, when it fails. Maybe it will get progressives enraged enough to overwhelm elections with sustained, angry momentum. But I doubt it. I doubt it because it signals a tone-deafness that will provoke a backlash from Americans who are not hyperpartisan.

In the last forty eight hours, news anchors have started talking about gun violence as the President rolls out his agenda to combat it. It is striking how quickly the press gravitated to the talking point. It is also striking they think anyone with half a brain will really believe guns are the problem right now instead of a crime wave that people like Keisha Lance Bottoms, Mayor of Atlanta, are blaming on Republican governors for reopening America too soon.

Only a party captured by Twitter could be so out of touch with reality. Americans are buying guns at record rates not to commit a crime, but to protect themselves from criminals. Saying there is a gun violence problem instead of a crime problem deflects from the sticky questions of which party’s policies sparked it. But it also is disconnected from reality.

It is destined to go nowhere in the Senate and mobilize a slew of new gun owners against the Democrats. After all, it is hard to still claim people buy guns without background checks when literally millions of voters just bought their first guns and were required to have gun background checks.

Oh, did I mention the whole plan will die in the Senate while the Democrat base, like they did with the For the People Act, goes hysterical about it on and offline, alienating more Americans? This is not a smart move. It is a move best explained by a Democratic Party that is captured by an out of touch elite that thinks Twitter is reality.

It also probably explains why Joe Biden finally wants Kamala Harris to go to the border. It’s better to have another Kamala Harris-fueled PR disaster than have people focus on the impotence of the Biden presidency.

Erick Erickson is editor of TheResurgent.com.