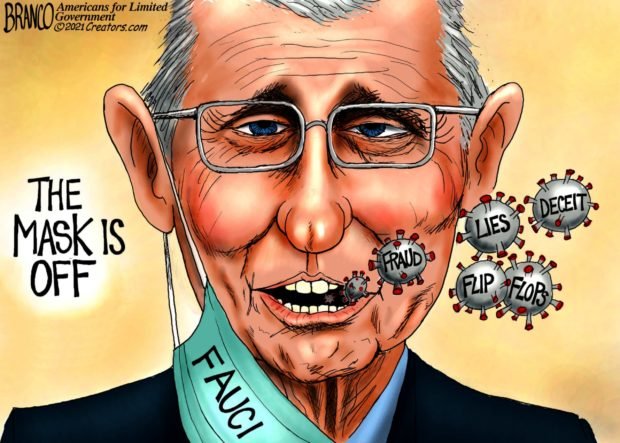 Anyone who gave it a moment’s thought knew that the worthless, porous masks, would not protect anyone from the covid virus. And we knew that a non-mask-wearing person did not threaten a masked person, if indeed the mask wearer thought they were protected by the mask they religiously wore. But the political idiots who demanded that the masks be worn were testing us and preparing us for future cold and flu seasons, and we’d better be ready to wear masks the rest of our lives as our political leaders verify us for trustworthiness and our ability to obey their foolish, even harmful, rulings and orders.

Similarly, anyone who questions the Biden administration’s opening of our southern border and the invasion, the rapes, the deaths and the enrichment to the smuggling/ murdering Mexican cartels that have been a result of this idiotic action, are considered to be anti-Hispanic, and only want the people living in Central America to continue to be kept in poverty and under the thumb of local gang members. Such opponents to Biden’s open border policy are not interested in keeping American free and prosperous, you’re just a racist Trump-supporter.

Then consider the reduction of police forces in major Democrat-run cities, that have resulted in sky-rocketing crime waves, and if you point out the idiocy of getting rid of police officers, who are most needed in neighborhoods with largely minority populations where crime is the most prevalent, then you’re a racist.

And if you try to point out the stupidity and divisiveness of Critical Race Theory that insists on making white children feel guilty simply because they were born with white skin, then you’re once again a racist, even though the BLM person accusing whites of discrimination and privilege is well-dressed, possibly a highly educated lawyer, likely an elected, powerful person in the Democrat establishment, while many of the “privileged” whites this spokesman is abusing worked fulltime while they went to night school to get just their basic college education out of the way. But the ones who are being lectured are racists if they protest this mistreatment, not the persons who are using race for every argument they are pushing.

The lovely, gracious and completely ignorant AOC believes that cities should build more hospitals and not build any more jails or prisons, in spite of the multi-fold increase in crimes these last few years; and we know that with prisons being closed there will simply be more criminals back on the streets to kill, rape and beat law-abiding citizens, which in a round-about way would make sense of AOC’s stupid policy decisions: with fewer police officers on the job there will be more injured and killed citizens resulting from her proposals, so, of course, more hospitals will be needed. But more imprisonment for repeat criminals would be more humane.

ANTIFA and BLM gangs burn and kill their way across America and the leftist news agencies state that they are “mostly peaceful” protesters who are only in search of social justice, and the local, leftist, criminal prosecutors release these criminals back onto the streets to burn and kill some more. But if a few Trump supporters peacefully mob the Capitol building on January 6th with no injuries nor deaths caused by the Trump people, they are locked up in solitary confinement and investigated for multiple crimes and accused of insurrection.

And if you believe that only women can become pregnant and birth a child, and that men do not have menstrual periods, then I guess you’re a racist again, because I don’t know what word the radical political left has for this serious position, that is an accurate description of biology.

And don’t forget the Biden position that diaper services and ice cream parlors are now considered to be infrastructure and need to be lumped in with bridges and highways when multi-trillion dollar projects are budgeted and planned, because to question the radical and society-destroying ideas of Democrats is to become an outcast in opposition to Biden’s idea of Fundamentally Transforming America.

In nearly every aspect of American society, constitutional rights and liberties, and just plain common sense, are being buried under radical left political positions and in-your-face threats to our freedom and protection as citizens, and it’s all because of the weak-minded and addled Joey Biden and his band of privileged America-haters. If we don’t stand up to these fools our nation will be lost forever.

This week, a video from a San Francisco Walgreens went viral on Twitter. The video depicted a man standing next

Tigers rally in the 7th to sweep past Royals, 6-5