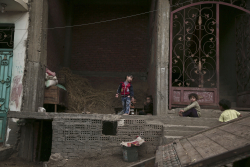 Paul Ehrlich wrote one of the most famous and bestselling books of the 20th century. It was called “The Population Bomb.” It was 300 pages of doom and gloom. The planet was being destroyed because human beings were reproducing like Norwegian field mice. It was a Darwinian nightmare leading the species inexorably back to a Neanderthal subsistence level existence.

We learned this from the book’s memorable, often-quoted and apocalyptic first sentence:

“The battle to feed all of humanity is over. In the 1970’s and 1980’s hundreds of millions of people will starve to death in spite of any crash programs embarked upon now.” He predicted that highly populated countries such as India could not be saved from the extinction.

Ehrlich became an overnight media darling, appearing six times on “The Johnny Carson Show,” spreading his message of ecological gloom to millions of people. This was considered the irrefutable science of the day, and it gave birth to the modern “green movement.” Only a few academics, such as my mentor Julian Simon, exposed the predictions as hogwash. Simon and others were dismissed as what would be described today as “science deniers.”
So, imagine my surprise when I read this front-page headline from the Sunday, May 23, New York Times: “World Is Facing First Long Slide in Its Population: Fertility Rates Plunge.”

The story describes that even in some of the once most overcrowded nations, “Countries are confronting population stagnation and a fertility bust.” People are having so few children now that “maternity wards are … shutting down” across the planet. The doomsayers’ sheepish response is not an apology or admission of academic fraud. Rather, they say, “Thank God we warned the world about overpopulation.”

But none of this happened because of false alarms. Fertility rates predictably fell because the world got richer, and the global movement toward free market capitalism led to higher family incomes and more education and career opportunities for women, which brought down birth rates. Mexico’s birth rate fell from five children per married couple in the ’70s to just over two today.

No one likes to mention the ghastly policies implemented around the world to control population. The United Nations Population Fund (now called Family Planning) championed forced sterilizations, mandatory abortions, China’s gruesome one-child policy and other coercive measures to reduce birth rates. Ironically, the same academics and government officials who today champion “a woman’s right to choose” supported imposing brutal controls on the rights of parents to choose their own family size. Even in America, women in recent decades are often stigmatized for having more than three children, and parents with large families are disparaged for not knowing about birth control.

Today, many of the Western nations have birth rates below replacement-level fertility (2.1 kids per woman of childbearing age) and are promoting exactly the opposite of what was preached only a few decades ago: pro-natalist policies. Governments are now paying women to have kids. No country faces a greater demographic crisis than China, which now has an inverted population pyramid with lots of old people and few kids to take care of them.

This complete reversal of the scientific consensus is reminiscent of the evolution of the climate debate. Fifty years ago, we were warned of a coming ice age. The left is now frantically trying to erase that history and pretend that the global cooling warnings never happened. Now these same scientists assure us we are facing catastrophic warming of the planet. Well, which is it? It’s “climate change.”

So, how did the green doomsday lobby get it so wrong? It turns out that mankind does not act like Norwegian field mice. We have reason; we have minds; we respond to changes in the world around us. The left loves to look at short-term trends and erroneously extrapolate them out for 20, 50 and 100 years. They predicted, as Ehrlich did, that we would run out of food, oil, gas, farmland, drinking water and clean air. Instead, thanks to human ingenuity and free markets, we have more food, oil, water and clean air than ever before in the history of the planet. As the climate changes in one direction or another, which it certainly will continue to do, humans will react through innovation and technology and changes in the way we live and work.

What is certain is that if we have to rely on government and the United Nations, we truly are doomed. Politicians will make the same tragic mistakes they made in response to the false population bomb.

As for young people, my advice to those who truly want to save the planet is this: Go out; get married; and make babies. Lots of them. Hurry!

The Geek in Pictures: Delta-Omicron Edition