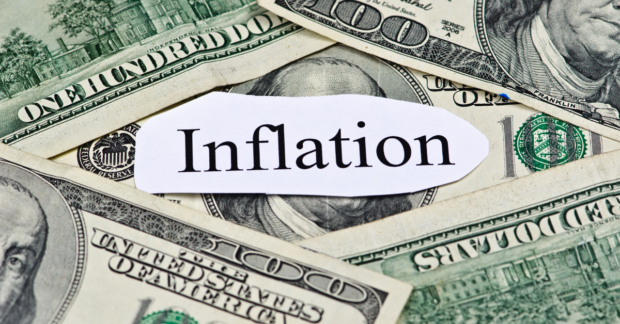 Do you ever feel like the headline data provided to the media by the government is out of touch with reality?

That’s because politicians, bureaucrats, and Federal Reserve officials have long been lying to the public. They rig the stats to fit their agenda, and the media compliantly supplies the headlines of official statistics. Maybe it’s because the media elites are economic illiterates or they have an agenda to sell as well, probably a little of both, but the statistics and how they are gathered go unquestioned.

From lumber to corn and chicken, prices are rocketing upward. Yet, Jerome Powell, the Fed Chairman, claimed late last month that inflation is just “transitory.”

In a CBS interview, Powell said that “strong fiscal support, strong monetary policy support” will lead to an economic boom. In other words, the monetary printing press is operating and the central planners, in all their infinite wisdom, don’t see any concerns with the massive amounts of new money flooding the market.

“We feel like we’re at a place where the economy’s about to start growing much more quickly and job creation coming in much more quickly,” Powell said. “The outlook has brightened substantially.”

Oh, by the way, Powell apparently has a side gig as a medical doctor as he offered medical advice: “The principal risk to our economy right now really is that the disease would spread again. It’s going to be smart if people can continue to socially distance and wear masks.”

However, economist Peter Schiff would beg to differ. In a podcast, Schiff said any idea of real economic recovery is “illusion,” and the “dark reality” is America is heading into a depression if we’re not already there.

Powell said the Fed will do anything to strengthen the economy, but Schiff said: “The problem is, the Fed doesn’t actually have the power to do anything other than create inflation which of course is the one thing the Federal Reserve is assuring us is not a problem and it won’t happen, at least not above 2 percent.”

Schiff added: “The idea that the Fed can create economic growth, can create prosperity, when it boils down to it, the only thing it can do is print money. However you want to describe it, that does not create prosperity. What creates economic prosperity is savings and investments and the production that it allows. So, it’s the free market and capitalism that can lead to prosperity and a true economic recovery.”

So, if we can’t trust the government’s numbers, where can we turn to get accurate data? John Williams’ Shadow Government Statistics (SGS) attempts to provide an accurate picture on multiple fronts, including inflation.

Inflation is measured by the Consumer Price Index (CPI), but that measure has been changed multiple times to fit the political needs of politicians.

“In the last 30 years, a growing gap has been obvious between government reporting of inflation, as measured by the consumer price index (CPI), and the perceptions of actual inflation held by the general public,” SGS’s public commentary states. “Anecdotal evidence and occasional surveys have indicated that the general public believes inflation is running well above official reporting, and that public perceptions tend to mirror the inflation experience that once was reflected in the government’s formal CPI reporting.”

At one point in time, the CPI used a fixed-basket of goods to calculate the rise in costs of the same items. Now, the powers that be can change up each month which items it chooses to use, making it easy for them to rig the numbers to their advantage.

“In the early-1990s, political Washington moved to change the nature of the CPI. The contention was that the CPI overstated inflation (it did not allow substitution of less-expensive hamburger for more-expensive steak). Both sides of the aisle and the financial media touted the benefits of a ‘more-accurate’ CPI, one that would allow the substitution of goods and services,” SGS states.

The unemployment rate is probably the most used statistic by politicians. Former President Donald Trump accurately portrayed Bureau of Labor Statistics (BLS) unemployment numbers as a “hoax” when he was a candidate in 2016, although he changed his tune once he took office.

The government claims the rate is somewhere around 6 percent currently, the number the media reports, while its broadest measure, which includes short-term discouraged workers, is around 11 percent. However, SGS has it over 25 percent. SGS states: “As the headline, short-term discouraged workers roll over into long-term discouraged status, they move into the ShadowStats measure, where they remain. Aside from attrition, they are not defined out of existence for political convenience, hence the longer-term divergence between the various unemployment rates.”

According to SGS, unemployment reached over 35 percent in 2020 and has not been below 20 percent since 2009. It’s been above 10 percent since 1995 “due largely to the unemployed giving up looking for work (common in severe economic contractions and major economic displacements). Those giving up looking for work are redefined out of headline reporting and the labor force, as discouraged workers. The declines in the headline unemployment rate often reflect that, as opposed to unemployed individuals finding new and gainful employment.”