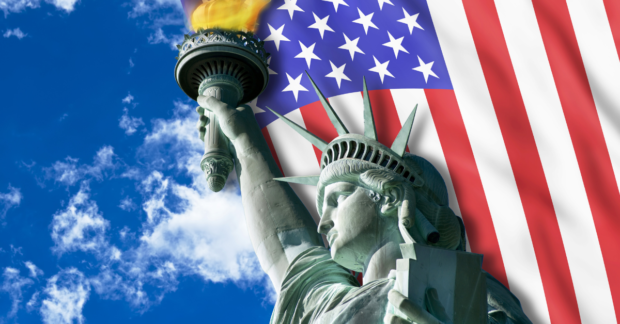 “The enemy doesn’t want you to have any future, any rights, any means to support yourself and to resist the ongoing attacks on your rights. The enemy wants to implement dictatorship and tyranny,” said Artur Pawlowski in a May 5 video.

Pawlowski is the Protestant street preacher and pastor of Cave of Adullam Church in the City of Calgary in Alberta, Canada who faced down the tyrannical health officials and police in a viral video from Easter Sunday on April 4.

In the video, Pawlowski is heard telling the government officials that the “Gestapo is not allowed here” and “do not come back without a warrant.”

The tyranny continues, but Pawlowski continues to stand strong. The police have received a warrant, which Rebel News was able to obtain, which states: “Law Enforcement is authorized to do anything necessary to carry out the arrest” of Pawlowski for the “crime” of not following health dictates.

The health bureaucrats and police returned, as seen in an April 24 video, and Pawlowski posted another video on May 4 showing the police writing at least two citations, one to Pawlowski, for $1,296. The tickets state the reason as: “Fail to comply with a public health emergency order.”

Pawlowski, who was fined $1,200 early on under the COVID-19 manufactured panic in April of 2020 for the heinous “crime” of feeding the homeless, warned the police and bureaucrats in the May 4 video: “You will not be able to hide from God’s justice.”

Those are appropriate words during a time when government evil is being perpetrated around the world. While the government may try to destroy true justice here on earth, justice will be served eventually.

But while we’re still on earth, we have an obligation to fight back against tyranny and Pawlowski is serving as a prime example of how to treat the tyrants. Pawlowski isn’t the only Canadian facing tyranny. Also in Alberta, from the City of Edmonton, GraceLife Church has seen its property rights violated with the government fencing it off while its pastor, James Coates, has been arrested and fined.

Now, foolish Americans may write this off as something that won’t happen here, but it already has and Pawlowski is warning Americans to wake up. He grew up under communism in Poland before moving to Canada, and he’s seeing the same communist regime in Canada today which is also being seen in America.

Pawlowski added: “You may hide behind the Constitution and you may say, ‘hey, this is not going to happen to me.’ Poland is the perfect example that it can happen, actually, it did happen, and there was no justice. The courts, the police, no one was upholding the Constitution.”

The tyranny started right away here in America. In March of 2020, two stories of pastors being arrested came out including Tony Spell of Life Tabernacle Church in Baton Rouge, Louisiana and Rodney Howard-Browne of The River at Tampa Bay Church in Florida.

Spell has petitioned the U.S. Supreme Court to intervene and stop the tyrants, but the court has refused. In Florida, the Hillsborough County Sheriff Chad Chronister stated Howard-Browne “intentionally and repeatedly chose to disregard the orders set in place by our President (Donald Trump), our Governor (Ron DeSantis), the (Centers for Disease Control) and the Hillsborough County Emergency Policy Group.” Note this so-called “sheriff” did not cite a single law that was violated, just executive edicts.

In April of 2020, Christians were arrested and fined in Charlotte, North Carolina for standing outside and witnessing at an abortion clinic. Meanwhile, the murder of unborn babies was allowed to continue inside and no social distancing was required.

“One of the police majors came over to us right away and … he showed up with a chip on his shoulder,” Daniel Parks, with Cities4Life Charlotte said. Vicky Kaseorg added: “It was like there must have been a mass murder, and there was, but they weren’t doing anything about the mass murder.”

John MacArthur with Grace to You Church in Panorama City, California has been fined tens of thousands of dollars. Also in California, a Los Angeles pastor captured 20 cops stand side by side with no masks after shutting down his church for violating dictates.

Courtney Lewis with the Cornerstone Baptist Church of Chicago in Illinois described what happened in May of 2020: “They came with three squad cars, two unmarked Durango’s, and a major representative’s car. Like the Soviet-style KGB, they knocked on our locked doors; the only thing [Chicago Mayor Lori Lightfoot] hasn’t done yet is beat the doors down and arrest our members.”

The list goes on and on, and the Constitution is not going to save us. The only way to stop tyranny is for us to stand up to it, and Pawlowski is illustrating how to do just that.

Support The Liberty Loft by donating via PayPal or donate with crypto. Your support helps us achieve our mission to deliver conservative news and opinion. You can find us on a wide variety of social media channels or subscribe to our notifications to receive all the latest information as it is released.

Meet the Man Man Who Made Milton Friedman a Star

The Democrats’ Week of Massive Legislation

Unconditional love is neither biblical nor rational nor moral. Can you name anything good that is or should be given

Omar's Only Offense Was Telling the Truth About U.S.