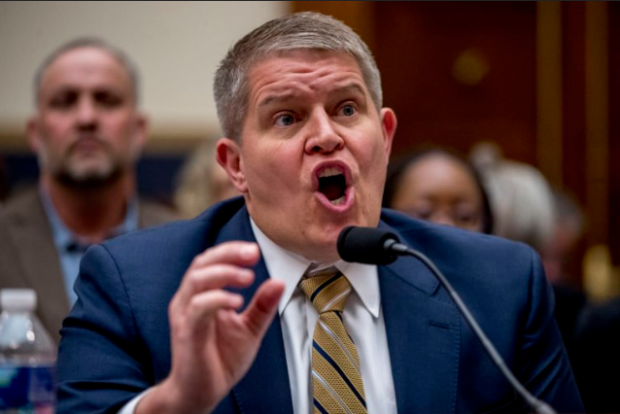 Dozens of House Republicans urged the Senate to oppose President Joe Biden’s nominee to lead the Bureau of Alcohol, Tobacco & Firearms (ATF) in a letter Monday.

Republican Indiana Rep. Jim Banks, along with 68 other House Republicans, wrote a letter addressed to Senate Majority Leader Chuck Schumer of New York and Minority Leader Mitch McConnell of Kentucky urging them to oppose ATF nominee David Chipman’s confirmation for being a threat to Americans’ Second Amendment rights. The letter referred to Chipman as an “enemy of the Second Amendment.”

“Throughout his career, David Chipman has made it no secret that he is an enemy of the 2nd Amendment,” Banks wrote. “In October 2018, Chipman argued in favor of subjecting all AR-15’s and potentially all semi-automatic rifles to regulation under the National Firearms Act.”

The letter referred to AR-15’s as the most popular rifle in America and criticized Chipman for his push to ban them. The representatives said Chipman allegedly made false claims in 2017 about firearm suppressors by saying that they do not sound like a typical gun.

“If confirmed, @DavidChipman would use every tool at his disposal to attach American @gunowners…”

The representatives said Chipman made false claims regarding the Waco Siege that occurred on April 19, 1993 when FBI agents raided a religious sect’s compound suspecting them of stockpiling illegal weapons resulting in a gunfights and fires, according to History.com. In 2019, Chipman said cult members used two .50 caliber Barretts to shoot two helicopters belonging to the Texas Air National Guard but no Barretts were recovered at the scene, the Daily Caller News Foundation previously reported.

“Needless to say, no helicopters were shot down at Waco. On the other hand, the Waco operation-in which Chipman had a role-resulted in the deaths of at least 76 people, including 25 children,” the letter said.

“Chipman’s confirmation would not only jeopardize the constitutional rights of every legal firearm owner in America, but it would also threaten to reshape the landscape of firearm ownership for generations of Americans to come,” Banks wrote. “If confirmed, David Chipman would use every tool at his disposal to attack American gun owners and we respectfully ask you to oppose any and all action that would advance his confirmation.”

The Biden administration has strived to elicit gun control restrictions, including an assault weapons ban and voluntary buybacks, according to Fox News.

California Has a Massive Budget Surplus, But it’s Hiking One Controversial Tax Anyway

Salmonella With Your Salad? Study Reveals Dozens Of Harmful Bacteria On ‘Healthy’ Vegetables |