Voting reform legislation is being pushed by Republicans in many states, and the Democrats and the press are terrified, while showing strange new respect for a new ally in the fight to keep the status quo: Big Business, pressed by Democrats and the press into boycotting states that would dare pass voting reform. So much for voter security, as Big Media, Big Tech, and Big Business collude to pressure states to drop legislation that would make the electoral process more transparent.

Amazon, BlackRock, Google, Warren Buffett and hundreds of other companies and executives signed on to a new statement released on Wednesday opposing “any discriminatory legislation” that would make it harder for people to vote. 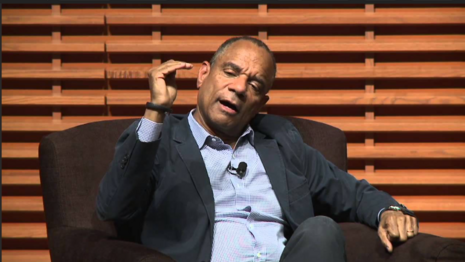 It was the biggest show of solidarity so far by the business community as companies around the country try to navigate the partisan uproar over Republican efforts to enact new election rules in almost every state….

The statement was organized in recent days by Kenneth Chenault, a former chief executive of American Express, and Kenneth Frazier, the chief executive of Merck. A copy appeared on Wednesday in advertisements in The New York Times and The Washington Post.

The obvious joke: since the Times is publicizing ads in its own paper, did they get the “MoveOn discount rate”? They added:

Since then, many other companies have voiced support for voting rights. But the new statement, which was also signed by General Motors, Netflix and Starbucks, represented the broadest coalition yet to weigh in on the issue.

Attention New York Times: No one is against “voting rights” The laws passed in Georgia and being considered in other states aim at protecting the integrity of the vote by cutting down the opportunities for fraudulent voting, especially via mail/absentee ballots – which is something the paper used to be concerned about as well.

The Times also attempted to intimidate corporations who did not join up: The C.E.O.s Who Didn’t Sign a Big Defense of Voting Rights.

The lamest claim here is that this is a “nonpartisan” cause, and not a Democrat crusade.

Mr. Frazier emphasized that the statement was intended to be nonpartisan, arguing that protecting voting rights should garner support from Republicans and Democrats alike.

“These are not political issues,” he said. “These are the issues that we were taught in civics.”

Yet in this hyperpartisan moment, the issue has become an all-out political battle, with big business caught in the middle.