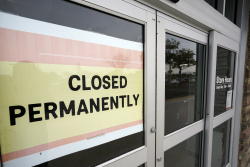 We have both seen firsthand how small businesses can help poor, minority, and immigrant Americans live the American Dream. We want all Americans – regardless of their background – to have the opportunity to follow in our footsteps by creating successful  businesses, especially now when they are so desperately needed.

Unfortunately, small businesses are suffering. They were some of the most impacted by the COVID-19 pandemic and associated restrictions on activity. More than 100,000 small businesses closed permanently in 2020. By one estimate, more than 110,000 restaurants alone have shut their doors for good. In California, 40,000 small businesses have closed, with nearly half of those closures being permanent. Ordinary Americans can view this carnage with their own eyes walking down Main Street or driving past any suburban strip mall and seeing shops boarded up and bankrupt.

Traditionally, America’s small business engine has been unbreakable, with new entrepreneurs constantly replenishing and growing the national stock. Yet bringing small businesses back this time may not be a given. With many of them barely keeping their doors open after a year of unprecedented turmoil, bad government policies like proposed tax increases and regulations threaten to put them out of business for good.

President Biden recently announced massive new tax increases, which would hit this sector hard if enacted. Most small businesses are structured as pass-through entities and pay taxes at individual rates, which if raised as the president demands will take funds out of employers’ pockets.

Additionally, the president  reportedly may curtail the 20% small business tax deduction, passed as part of the Tax Cuts and Jobs Act, ending a popular provision that small businesses use to better compete with their big business and international counterparts. Roughly 15 million small businesses rely on this deduction each year.

The consequences of these tax increases? Less money for small businesses to maintain operations, boost employee wages, or expand into new product lines. These tax increases would hoover money out of communities that need it and send it to Washington, D.C., which doesn’t.

Then there are the seemingly endless regulations proposed by Washington Democrats. For instance, they are desperately trying to figure out a way to pass a $15 minimum wage, which would crush some neighborhood small businesses and make it more difficult for others to hire.

According to a recent report by the Congressional Budget Office, a $15 minimum wage would cost as many as 2.7 million jobs across the country. In California, we’ve seen the consequences of a $15 minimum wage to low-margin businesses like restaurants, day-care centers, and dry cleaners firsthand. Tragically, such mandates disproportionately impact minority-owned small businesses, which generally operate on lower margins and whose customers tend to be more price-sensitive.

Then there’s the PRO Act, which recently passed the House of Representatives. This bill would attack millions of sole proprietors, attempting to force these entrepreneurs to become employees. California tried this tactic with state legislation known as AB5, and it has backfired immensely, ending business opportunities for many self-employed individuals who ran afoul of its provisions.

Rather than outlawing work arrangements and taking more of employers’ earnings, Congress should come together in a bipartisan fashion to develop strategies to prepare our workforce and economy for the jobs of tomorrow. By focusing on skills training through apprentice programs, community colleges, and public and charter schools – while keeping career pathways open – we can bring small businesses back, and they can launch the economy to new heights in the process.