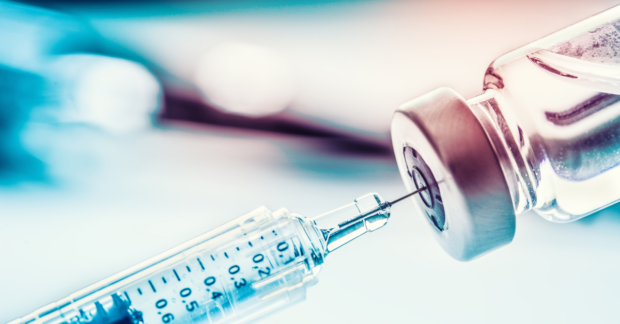 At one point in time, Americans were rugged individuals who thought for themselves.

“I’m a Marine so I’m not really worried about anything. I’ll take the shot if they say it’s good for me. If Dr. (Anthony) Fauci says take the shot, I’ll take the shot. I trust the science,” Paul Doucett told a local CBS affiliate last week in Denver, Colorado waiting for a COVID-19 vaccine. Note the irony that Doucett said he doesn’t worry about anything while waiting to take an experimental shot to protect himself from a virus that has a 99.9 percent survival rate.

Doucett was interviewed while waiting to take a vaccine at Dick’s Sporting Goods Park. The problem for him and others waiting in line – that site was shut down early because of at least 11 individuals suffering adverse reactions at that very site which led to several being taken by ambulance to the hospital.

A Centura Health, which operated the site, spokesperson Lindsay Radford assured the public it was only “a limited number of adverse reactions,” but “we followed our protocols and in an abundance of caution, made the decision — in partnership with the state — to pause operations for the remainder of the day.”

Even while witnessing ambulances rush patients to the hospital and waiting hours in line, the public waited obediently in line to take their shots until the decision to halt operations for the day. Even after all that, Doucett said “this is not going to deter me at all” as his plans are to reschedule.

Here’s the kicker, the vaccine used at that Denver site was the Johnson & Johnson shot, the same shot that the Centers for Disease Control (CDC) and Food and Drug Administration (FDA) suspended use of on Tuesday this week.

The Johnson & Johnson shot has caused blood clotting in what the government reports as 6 individuals, one of whom died last month just two weeks after taking the shot. The blood clotting is reminiscent of what led to several European nations suspending the AstraZeneca vaccine.

On April 4, I wrote for the Liberty Loft about the CDC’s own data in the Vaccine Adverse Event Reporting System that there was an over 6,000 percent increase in total vaccine-related deaths through the first quarter of 2021 compared to the first quarter of 2020. I also noted that the question that cannot be asked in the mainstream media is about the efficacy of the vaccines, and now Tucker Carlson on Fox News has picked up my question. Ok, I don’t know that Carlson read my article, but he could have, right?

Carlson said Tuesday night: “Here’s what is relevant. The first question: Is the vaccine safe? The second question: Is it effective? Safe and effective. That’s all that matters. Let’s address them in order.”

Questioning the numbers, Carlson noted that by comparison that the Johnson & Johnson vaccine is safer than birth control based on what the government is admitting.

“So why the concern about this vaccine? Because there are reasons to believe those aren’t the real numbers. The real numbers may be much higher than that. Why do we think that? This morning, federal health authorities, including the FDA and the CDC, called on state governments to stop administering the Johnson & Johnson vaccine. According to no less of an authority than Tony Fauci, “this ban could be permanent,” Carlson said.

Carlson added: “We do know that the way this country keeps track of Americans who are hurt by vaccines — something called the ‘Vaccine Adverse Event Reporting System’ — is notoriously inaccurate. Ask any physician. But, no one seems in a hurry to improve it. Our public health bureaucracy doesn’t seem that anxious to know all the details.”

We can see some concerns that the numbers are higher in the fact that 11 adverse events at one site halted the Johnson & Johnson vaccine for a day in Denver. Now, we’re told it was halted nationwide because of only 6 events.

Now that at least one member of the mainstream media, Carlson, is asking the important questions, will the American people start to think for themselves and question authority? I’m not holding my breath, but I can hope.