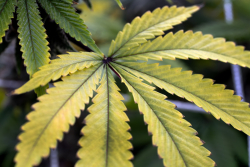 In the first months of the Biden administration, news about cannabis is erupting everywhere. New York and New Jersey have agreed to legalize recreational cannabis, and in mid-March Rep. Ed Perlmutter, a Colorado Democrat, re-introduced the SAFE Banking Act, which promises to reduce public safety risk by enabling legal cannabis operators to use the federal banking system.

Now that the Senate is controlled by Democrats, near-term passage seems likely according to Perlmutter, who claims this time that “there is no more ‘chuckle factor.’”

No one was laughing when last month’s other cannabis news came from the White House. Despite reassuring young job applicants that honesty about previous cannabis use wouldn’t be held against them, administration officials announced the firing of several junior staffers after “[working] with the security service to update the policies to ensure that past marijuana use wouldn’t automatically disqualify staff from serving in the White House,” according to press secretary Jen Psaki’s tweet.

So, despite state legality, previous cannabis use can still be a big blemish and bodes ill for one’s career prospects in some fields. More insidiously, cannabis use has turned into proof of cloudy judgment and might suggest an unworthiness for a top security clearance.

The juxtaposition of these cannabis stories suggests confusion about the subject, or at least a need to reexamine the facts. According to a 2019 Pew Research Center study, an overwhelming majority (91%) of U.S. adults agree with one of these two positions: that cannabis should be legal for medical and recreational use (59%), or that it should be legal for medical use only (32%). As of the 2020 election, 38 states have legalized at least medical cannabis, and all but one of them got there through a citizens’ referendum.

Cannabis is not a partisan issue. It is a generational issue.

Only members of the Silent Generation misunderstand cannabis, but they’ve got a stranglehold on the U.S. Senate, where the average age is close to 64. This suggests that Vice President Kamala Harris’ more liberal stance on marijuana is mostly due to a generational difference with her boss. But that’s not all.

The president should remember that Harris’ support for cannabis legalization and regulation comes after years of dealing with its complexities while serving as San Francisco district attorney and California attorney general. Her state has known quasi-legal cannabis since 1996, and she understands emphatically that there’s no logical reason to put off fundamental reform.

Victor Hugo said, “Nothing in the world is so powerful as an idea whose time has come.”

Cannabis is here to stay. The American people want cannabis, but we also want control over what goes into our bodies. Not only has medical research shown cannabis to be less harmful than alcohol, cigarettes, or other items we know how to regulate and sell safely, but we are currently living through an era of exploratory self-medication and performance enhancement.

Most people under the age of 75 know cannabis as a customizable social lubrication product masquerading as medicine in order to seem more palatable. It can do the job of a low-impact pharmaceutical, but usually more mildly and with fewer side effects. When asked by reporters during her own presidential run, Kamala Harris casually admitted to using cannabis in college and said, “I think it gives a lot of people joy, and we need more joy.”

The vice president also knows the problems with the status quo. Millions of Americans are deprived of food stamps, are ineligible for federally subsidized housing, and are precluded from voting owing to old cannabis-related criminal convictions. Even today, African Americans consume cannabis at the same rate as whites, yet they are four times more likely to be arrested for possession.

President Biden’s views on LGBTQ rights have moved a great distance over his long legislative career. In 1973, as a senator, he questioned whether allowing homosexuals in the military or the government would pose a security risk. Then, in 2012 he became the highest-ranking Democrat to endorse same-sex marriage and earned pioneer credit for accelerating the pace of an issue that still required mainstream support to get over the finish line.

Biden has shown himself to be a bridge between the generations. Let’s hope his empathy for those unfairly punished by anachronistic and often-racist laws lets him see that, indeed, there are a lot of very fine people who enjoy cannabis and should be legally allowed to use it — once they turn 21.

Eric Spitz is a serial entrepreneur who entered the cannabis industry in 2016. He previously owned Freedom Communications, including the Orange Country Register.

Fredo: Not I Nor Anyone Really Knows What or Where COVID Started