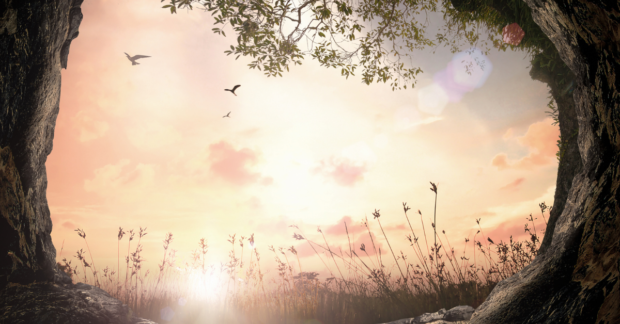 There is very little good news here lately. After all, the majority of us fall into the key demographics of conservative or Christian. By public perception, those two very demographics make us racist, bigoted, xenophobic, homophobic, white supremacist, and about a dozen other things that we have heard from those on the alternative side of the political aisle in recent years.

The truth is that our nation is in a different place than it has ever been before. Our nation has always been divided, so it is not that. If you study history, our founding fathers were split on many of the issues they debated during the Continental Congress. We remained split through the Civil War when we had different opinions on several issues. While that division drove us to war, we were able to make it through.

The things that are happening in our country right now are so much more than just the split of political ideals, but rather a true spiritual battle. It is not like we should not have seen this coming. As a Judeo-Christian nation, our very founding was on God, faith, and the importance of both in every aspect of our lives.

I am reminded of the writings of Timothy in 2 Timothy Chapter 3. In those verses, Timothy shared that in the last days, there were going to be difficult times. If you read many of the descriptions, much of the things he shared sound like things that are happening right before our eyes.

He said that people would be ungrateful, arrogant, and proud. Sure, many of those traits have existed in our society for years. But some of the ones that I think about are the those where he said that people would be unappeasable, slanderous, lacking self-control, reckless, and lovers of pleasure. The two main ones that stick out are when he said that they would not love good and that they would have the appearance of godliness, but to deny the power thereof.

Those last two really strike home to me about our country right now. Across our nation, good is absolutely hated anymore. You are not allowed to be a good person, but you must rather be a woke person, appealing to the masses or you are simply unacceptable. Or what about the times that the radical Left wants to hold to the faith card because it’s convenient, but then they argue that prayers are simply not worth it for victims of a senseless shooting?

All around us we see a nation that is spending without concern for our future. We are reckless, desiring the immediate pleasures and conveniences of life rather than realizing that not everything is easy. When those on the Left get what they want, it’s never enough as you can never satisfy them.

We see Christians labeled as not worthy to be citizens because they may have voted for a man who supported many of the Christian values our nation once stood for. How dare anyone stand up for a life that is still in a mother’s womb!

For the Christian, it is not difficult to see that the darkness of the world is all around us and there are few ways to escape. We are told we should not voice our opinions, because of our faith. We are told we perhaps should not vote, because of our faith. Time and again, we continue to hear that we simply should not have an opinion because that opinion does not align with the sick and twisted ways of the woke Left.

It’s a clear reminder of Ephesians 6:12 in that we are not in a battle against those around us, but rather a battle against sin, the principalities and powers, rulers of darkness, but most importantly, spiritual wickedness in high places as the Scripture tells us. But that’s why Easter Sunday is so important to us.

So while things around us look concerning, bleak, discouraging, and very dark, today should be a day for us all to take courage. The darkness that is around us will not last forever.