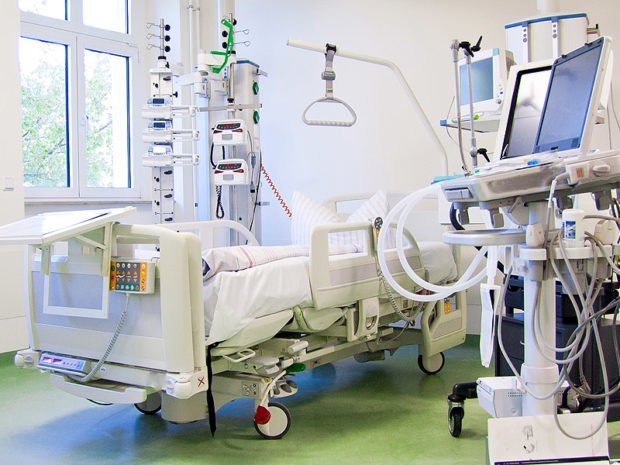 Recent reports suggesting that many hospitals have failed to comply with price transparency regulations finalized by the Trump Administration should not come as a surprise. In recent years, analysts on both the Left and the Right have expressed concern about consolidation within the hospital sector, and how hospitals’ lack of transparency and market power have contributed to ever-rising prices for care.

But while some agreement exists across the political spectrum about the nature of the problem, both sides disagree on the potential solutions. While the Trump Administration’s efforts could serve to lower prices through consumer power and transparency, the Biden Administration will likely turn to arbitrary government price-fixing to “solve” the problem of rising costs — possibly creating more problems in the process.

The Rules—And How Hospitals Haven’t Followed Them

Ironically enough, the Trump Administration’s efforts at transparency come from a provision originally included in Obamacare. That law required hospitals to post “a list of the hospital’s standard charges for items and services provided by the hospital.” For years, hospitals complied with this requirement by publishing their so-called “chargemaster” prices.

But these chargemaster prices don’t reflect the often-sizable discounts that insurance plans (e.g., Aetna, Blue Cross, etc.) obtain from hospitals in exchange for including those hospitals in their provider networks. Because the chargemaster prices are normally highly inflated, and bear little resemblance to what most patients or insurance companies pay, the Trump administration issued regulations redefining the term “standard charges for items and services” in ways that require hospitals to publish details of the network discounts they provide to insurers.

While the hospital industry challenged the rules, finalized in November 2019, through litigation, the Trump administration prevailed in court, and the rules went into effect Jan. 1. Thus far, however, many hospitals have not fully complied with its provisions. One analysis, conducted by the Hilltop Institute, found that 65 of the nation’s largest 100 hospitals were “unambiguously noncompliant” with the rule, either by not posting the required files at all, or by not clearly associating the payer (i.e., the specific insurer) with a given set of rates.

Despite the fact that hospitals had more than a year to prepare for the transparency requirements, some might argue that hospitals’ failure to disclose prices as soon as the new rules took effect reflects the pitfalls associated with implementing a new regulatory regime during a global pandemic. But a separate analysis by the Wall Street Journal suggests potentially more sinister motives. The Journal report concluded that nearly one in ten hospitals had added code to their transparency sites to prevent Internet search engines like Google from indexing those pages.

More than half the hospitals removed the blocking code from their sites after the Journal confronted them about their practices. But the fact that hundreds of hospitals would go out of their way to make their price transparency information impossible to find via Google shows that hospitals have this information and can readily share it — they just don’t want to do so. It also hints at the underlying problems affecting the sector, and why the Trump administration needed to issue the regulations in the first place.

The way in which hospitals have fought the transparency regulations speaks to the unhealthy degree of clout they have accumulated within the health care system, and the economy as a whole.

A 2018 Wall Street Journal report demonstrated some of the ways in which hospitals attempt to crush competition by dictating terms to the employers and insurers who contract with them. In perhaps the most extreme example, hospitals prevented Walmart — an organization with a reputation for squeezing suppliers that borders on the notorious — from excluding low-quality hospitals from its network. Hospital systems use “must-carry” clauses, like those Walmart faced, clauses to force employers to keep all of a hospital system’s facilities, even its low-performing and expensive ones, in-network.

Obamacare didn’t create these practices, of course, but its 2010 passage did spark another wave of hospital mergers. It also encouraged hospitals to buy up physician practices, such that the percentage of physicians employed by hospitals rose nearly 16 percent in the six years following its passage. Both developments grew and consolidated big hospitals’ leverage against insurers, exacerbating their monopolistic tendencies.

Stronger enforcement could help fight hospital monopolies. While conservatives had many valid reasons to oppose Xavier Becerra’s confirmation as Secretary of Health and Human Services—from his efforts to lock down churches to force nuns to violate their consciences—he had an admirable record opposing hospitals’ predatory practices. As California’s Attorney General, Becerra sued Sutter Health, a major hospital chain in northern California, claiming its monopolistic practices had led to higher prices, and health insurance rates, in the Bay Area than in southern California. The tentative settlement his office reached in that lawsuit would see Sutter Health abandoning the all-or-nothing clauses that force employers like Walmart to keep low-performing hospitals in its network.

Beyond antitrust enforcement, however, agreement on solutions often breaks down. The Trump Administration viewed the transparency regulations as a way to lower prices through competition. Publishing in-network prices online and in machine-readable formats could lead insurers and employers to demand greater discounts, and encourage innovative solutions (e.g., phone apps) to bring that information to consumers in ways that could change their behavior.

Instead the Biden Administration wants to establish a government-run health plan, with prices dictated by Washington, as a way to bring down costs. Such efforts will doubtless have unintended consequences — federal bureaucrats cannot know the right price for every good and service in a multi-trillion dollar health care sector, and mismatching prices and costs will create all sorts of perverse incentives in a health care system that already has too many of them.

When it comes to reforming health care, and reining in the hospital industry’s worst excesses, the vision provided by the Trump administration through the price transparency rules would provide the better pathway forward — if the Biden administration’s actions don’t strangle it before it can take hold.

Mr. Jacobs is Founder and CEO of Juniper Research Group, and author of the book “The Case Against Single Payer.” He is on Twitter: @chrisjacobsHC.

The views and opinions expressed in this commentary are those of the author and do not reflect the official position of The Daily Caller News Foundation.

The Threat From Anti-Black AntiRacists