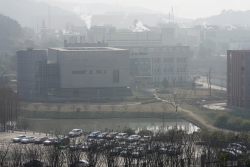 A lack of transparency from Chinese officials and looming geopolitical consequences have damaged the credibility of a WHO-led inquiry into how the virus that causes COVID-19 originated, CBS’s Lesley Stahl reports.

Jamie Metzl, a former NSC official in the Clinton administration and member of a WHO advisory committee on genetic engineering, said: “To quote Humphrey Bogart, ‘Of all the gin joints in all the towns in all the world, why Wuhan?’ What Wuhan does have is China’s level four virology institute, with probably the world’s largest collection of bat viruses, including bat coronaviruses.”

“It was agreed first that China would have veto power over– over who even got to be on the mission,” he said. “WHO agreed to that… On top of that, the WHO agreed that in most instances China would do the primary investigation. And then just share its findings with these international experts. So these international experts weren’t allowed to do their own primary investigation.”

“No!” Leslie Stahl said. “Wait. You’re saying that China did the investigation and showed the results to the committee and that was it? … Whoa.”

“Imagine if we had asked the Soviet Union to do a co-investigation of Chernobyl. It doesn’t really make sense.”

The Left Is Everything They Hate

Democrats' Hold on the Black Community Is Ending

A Long Year of Dem Disasters