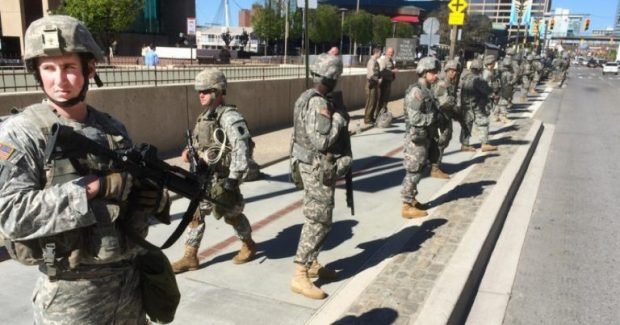 The Pentagon will keep a military presence around the Capitol Building until May 23, 2021, according to a Department of Defense statement.

Nearly 2,300 National Guard personnel will continue a defense mission that, so far, seems unneeded.  This decision was made after a thorough review of a request by U.S. Capitol Police to keep guardsmen on station in the D.C. ‘green zone’.

The DoD says that it will work with the U.S. Capitol Police to incrementally reduce the National Guard footprint if conditions allow.

The guard has been patrolling Capitol Hill since January 6th. A potential stand down has been delayed due to fear-mongering by liberals and the media who falsely claimed that right-wing riots were planned for March 4. So-called ‘Blue Anon’ far-left conspiracy theories have unnecessarily kept tensions high in D.C. and appear responsible for the troops on patrol in the nation’s capital.

Content created by Conservative Daily News is available for re-publication without charge under the Creative Commons license. Visit our syndication page for details.