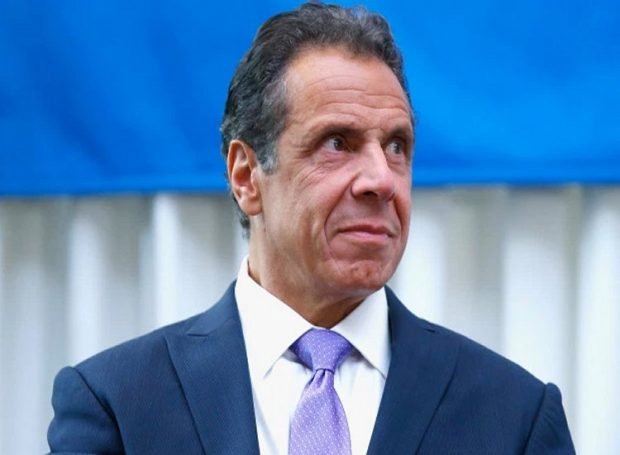 New York Gov. Andrew Cuomo and his top lieutenants cited a report altered by his top aides to paint a false narrative of his handling of the COVID-19 outbreak in nursing homes in comparison to other states.

The New York State Department of Health knew that nearly 10,000 nursing home residents had died of COVID-19 by early July, according to reports from The Wall Street Journal and The New York Times. Despite this, top Cuomo aides convinced the health department to report just 6,432 nursing home deaths in a July 6 report that claimed the Cuomo administration’s infamous March 25 order did not lead to more fatalities.

The July 6 report used the reduced figure, which omitted nursing home residents who died of the virus at a hospital, to conclude that only 21% of New York COVID-19 deaths were in nursing homes. The figure was repeatedly cited by Cuomo all while he was claiming to be a servant only to the facts.

No other state that reports nursing homes COVID-19 deaths omits residents who died in hospitals from their reporting. But Cuomo and other New York officials still used the 21% figure to claim New York was handling the situation better than 45 other states.

“You look at the nursing home deaths in this state,” Cuomo told reporters in October. “Do you know what number we are by percentage before you made that statement? We’re No. 46 out of 50 states, and we had the worst problem, and we’re 46th in terms of percentage of deaths in nursing homes.”

“We have had 21, 22 percent of our deaths are in the nursing homes, which is essentially the lowest in the nation,” Zucker said.

“New York state ranked 46 in the nation, meaning that 45 states had a greater percentage of fatalities,” Zucker said of the state’s nursing home deaths.

Zucker also accused some critics of Cuomo’s March 25 order, which required nursing homes to accept coronavirus-positive patients, of either lacking the ability to think critically or of operating with “malice.”

“Sometimes what happens is that a narrative gets perpetuated when it’s not based on facts,” he said. “And that narrative, that story, gets swept away as the truth simply by virtue of repetition whether because of lack of critical thinking or malice. Either way, it does not do us as a society any good.”

“New York has done exceptionally well,” Dowling said during the press conference. “Percentage of deaths in nursing homes — percentage of total — in New York was 21%. Just look at other states.”

“Rhode Island it was 77%. Minnesota, 77%. Pennsylvania, 68%. Kentucky, 61%,” Dowling said. “So it’s interesting when you see all the narrative focusing on, oh, look what happened in New York … but when you look at it percentage-wise, New York was number 46 in the United States. That’s an important fact to keep in mind.”

A special counsel to Cuomo, Beth Garvey, issued a statement Friday saying that the decision to omit nursing home residents who died from COVID-19 in hospitals from the July 6 report “didn’t change the outcome” of the report and that Cuomo’s March 25 order requiring nursing homes to accept coronavirus-positive patients did not inflate the death toll.

But the oft-cited 21% figure cited by Cuomo and his top lieutenants jumps up to 33% when taking into account the over 4,000 previously unreported nursing home residents who died of COVID-19 in hospitals that Cuomo administration revealed in early February, according to the Empire Center.

“By this measure, the revised toll pushed New York from 21 percent to 33 percent, and its ranking among states from 48th to 33rd,” the Empire center reported.

Another false statistic cited by Cuomo that was derived from the undercounted nursing home death toll was his claim that New York’s COVID-19 morality rate in nursing homes ranked 35 among all states.

“Just on the top line, we are number 35 in the nation in percentage of deaths in nursing homes,” Cuomo said during a July 24 press conference. “Go talk to 34 other states first, go talk to the Republican states now. Florida, Texas, Arizona. Ask them what is happening in nursing homes. It’s all politics.”

When using accurate figures that include nursing home residents who died in hospitals, New York’s mortality rate in nursing homes bumps up from 35th to the 13th highest in the nation, according to the Empire Center.

“If they revise their death count and it goes up by as many as I think it will go up, it’s not going to be a good news story and it won’t be a flattering news story,” Empire Center Senior Fellow Bill Hammond said prophetically in late July.

Azzopardi responded to Hammond’s prediction in a statement to 6 News: “Trust shady right-wing think tanks with undisclosed funders at your own peril.”

Nothing to Worry About | CDN