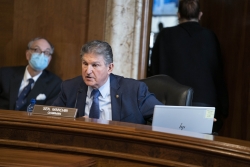 Due to Senate rules, the $15 minimum wage has been dropped from Democrats’ $1.9 trillion COVID relief package, which the upper chamber is expected  to tackle this weekend. Yet just because the worst provision of the bill has been spiked doesn’t mean the rest of it should pass. The country doesn’t need another massive spending blowout, which would be counterproductive to the economic recovery. Senators should vote no.

More than 700 small businesses have signed the Job Creators Network’s new petition opposing this bill — more than twice as many as Speaker Nancy Pelosi claims support it. Small business opposition to this legislation is no surprise when you consider how it appropriates more than $1 trillion to pet projects, policies, and pork that are unrelated to the pandemic it is supposedly intended to address.

This week, Texas and Mississippi announced that they are reopening their states completely. Other states will soon follow as widespread vaccinations put the pandemic in the rearview mirror. Consumers’ pent-up demand will provide a natural economic stimulus without the need for more money printing.

Previous COVID-19 bills have already injected at least $4 trillion into the economy. An estimated $1 trillion in previous stimulus funds have yet to be spent. Meanwhile, Americans are hoarding cash, with Bloomberg News estimating that trillions of dollars of extra savings have been socked away during the pandemic.

Even some liberal economists like Larry Summers worry that another $1.9 trillion spending blowout overshoots the output gap and risks inflation “of a kind we have not seen in a generation.” Already, numerous indicators such as bond yields, commodity prices, and Bitcoin suggest coming inflation, which is an employer’s worst nightmare.

The Democrats’ relief package also extends and expands federal unemployment benefits, which supplement what state programs already offer. You don’t need to be supply-side purist like Arthur Laffer or Stephen Moore to recognize that paying people a few thousand dollars a month not to work will make it more difficult for small businesses to rehire their workforces — and lead to a slower economic recovery. The nonpartisan Congressional Budget Office projects that the enhanced benefits “could increase the unemployment rate as well as decrease labor force participation.”

To their credit, some moderate Democrats, including Sen. Joe Manchin, recognize the perverse incentives of these bloated unemployment benefits and have engaged in a last-minute campaign to reduce them. “It’s kind of hard to explain you’re getting a bump up now, basically, when you’re ready to come off [benefits],” Manchin astutely noted this week. But Democratic Party leaders refuse to budge.

The House bill also includes $350 billion to bail out state and local governments whose fiscal problems long predated the pandemic. Democrats are rewarding their blue state cronies by allocating these funds based on states’ unemployment rates in the fourth quarter of 2020. Much of this money will go to covering massive unfunded pension liabilities for state bureaucrats.

In addition, the bill allocates $86 billion to bail out nearly 200 pension plans insured by the Pension Benefit Guaranty Corp and often co-managed by unions. These funds come with no strings attached, rewarding pensions for their unsustainable largesse.

The legislation gives $128.5 billion to K-12 education, with 95% of those funds slated for 2022 or later. Much of that cash will ultimately go to teachers whose unions continue to defy science and put students last by refusing to return to the classroom.

The bill is also stuffed with old-fashioned pork, including money for left-wing groups and civic volunteer agencies like AmeriCorps. It doubles the budgets of The Institute of Museum and Library Services and the National Endowment for the Arts. A worthy use of taxpayer dollars? Maybe, maybe not, but there’s no way these funds should be included in a COVID-19 relief package.

Democrats are passing this bill under the guise of pandemic relief to reward their friends and political allies. Senators interested in the economic recovery, the nation’s fiscal health, and small businesses should vote no. Even without the minimum wage, this bill is still ugly — even by Washington’s beer goggle standards.

Biden Will Go Down as the President Who Poisoned Baseball

NY Times Asks How Media Got Trump ‘Dossier’ Wrong, Yet Employs the Instigator