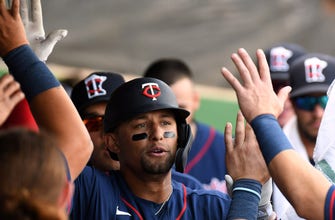 A pair former first-round picks are included on the list — outfielder Trevor Larnach (selected in 2018) and shortstop Royce Lewis (2017).

In addition, the Twins invited 15 players to participate in camp as minor-league depth players, including 2020 first-round pick Aaron Sabato and right-handed pitcher Matt Canterino, ranked by MLB.com as the organization’s No. 8 and No. 11-ranked prospects.

Albert Breer on who’s responsible for Patriots’ success: Bill Belichick or Tom Brady? I THE HERD